Tiny Meeker came back from serious setbacks to claim a world record. 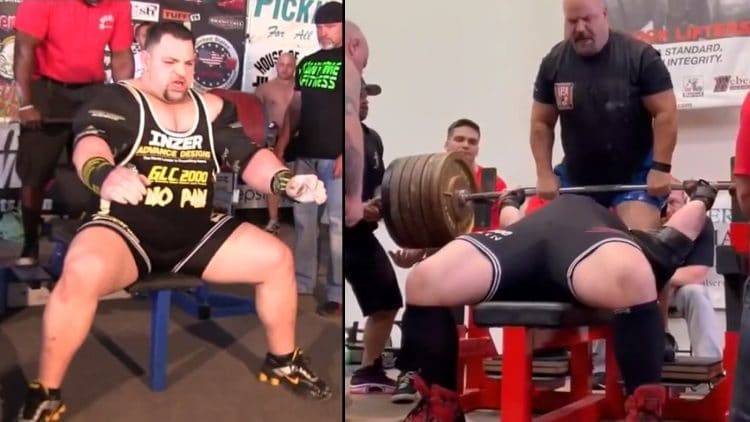 ABC Channel 13 also covered the news, where Tiny explained his struggles with injuries for the past few years. Tiny was involved in 3 car accidents back in 2017, followed by atrial fibrillation in 2019.

“I tore my labrum, messed up my hips, my hamstring, my knee and my neck,” Tiny explained and continued “I was frustrated, Am I ever going to freaking heal?”

Tiny Meeker has expressed his ambition for getting the historic 1200 lbs (544 kg) bench press.

Tiny will try the lift next year in February. He has already attempted the 1200 lbs (544 kg) bench press at the  2021 IPA Powerlifting Championships 2021. This attempt came after his world record lift, and it was unsuccessful. He managed to press it halfway, but couldn’t get it to the lock out zone.

Jimmy Kolb, 31-year-old at the time, was the previous record holder, as he competed at the IPA (IPA) Strength Spectacular Powerlifting Championships on June 27th. He completed the bench press of 508 kilograms (1,120 pounds) while wearing a single-ply shirt.

Before heading into this event, Meeker’s previous heaviest bench press was 500-kilogram (1,102.3-pound) in the multi-ply division. He lifted this back in 2013. It was in the +140-kilogram weight class category.

Tiny Meeker is an icon of the powerlifting sport, and he gets better with time. Overall, Meeker has participated in 78 sanctioned meets. He is currently cementing his place as one of the best lifters in the world. Accomplishing lifts of this scale at the age of 50, with the intention to further improve, is simply unheard of.