The current raw bench press world record holder will, unfortunately, have to make another attempt at 800 lbs after failing his lift twice at Wrigley Field. 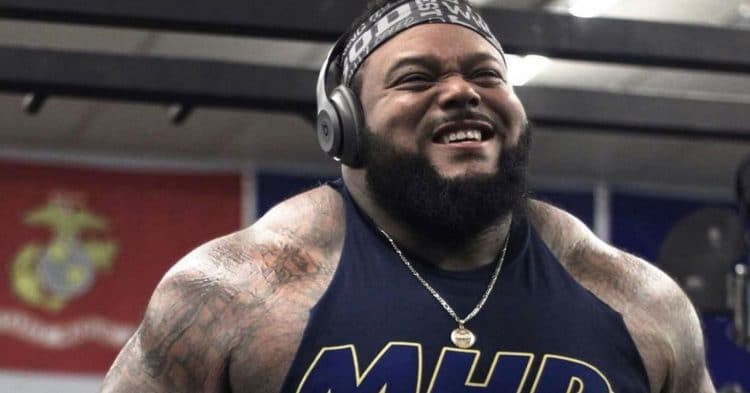 Maddox holds the all-time raw bench press record of 782.6 lbs (355 kg), and he wanted to make history once again by becoming the first-ever to press this much weight raw. He had already attempted an 800 lb bench press last year but failed the attempt after the bar was misloaded, causing him to suffer a minor injury.

He’s trained diligently to come back and crush it, but suffered another pec injury a few months back and then failed a 790 lbs bench press attempt a week ago training with fellow strength athlete Larry Wheels.

It must have been real disappointing to have failed this weight again and with two attempts but knowing Julius, he’ll be back and there’s no doubt he can pull it off.

Here’s a video showing both attempts.

Before the 800 lb bench press attempt, Julius Maddox and Iranian powerlifter Danial Zamani have apparently agreed to face off in a bench press battle at Iron Wars V in January. The one and only CT Fletcher shared the news to his Instagram, and he’ll be hosting the event.

Now, we’re aware of Maddox’ best performance in the bench press. But many are not as familiar with Zamani, who has bench pressed 352.5kg or 777 lbs in training. That’s only 5 lbs less than Julius Maddox last world record bench press. Not to mention, he made it look incredibly easy!

Maddox has said himself that Zamani poses the biggest threat to his world record and based on the footage, it’s a scary sight to see. Zamani apparently hasn’t competed in raw events although he’s benched more than 800 lbs equipped.

It’s going to be a spectacle to say the least!

But we hope Julius Maddox can come back stronger next time and knock that 800 lbs out of the park!