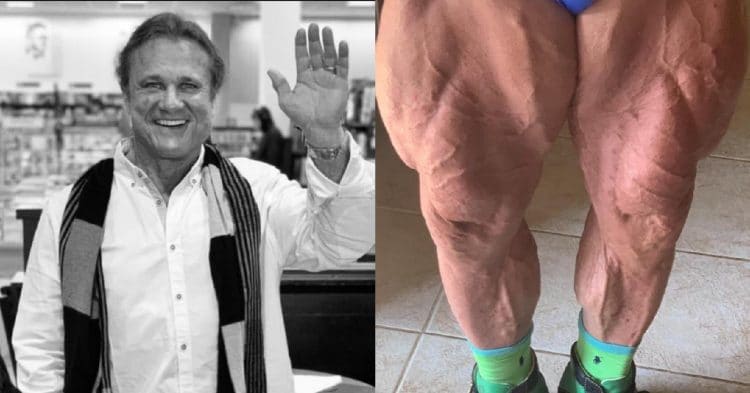 Throughout his career, Tom Platz was know for his ridiculously massive and defined legs. He showed recently that, even well into his sixties, he still has some of the best legs in the sport.

When he was in his prime, Platz was one of the most fearsome competitors on the bodybuilding stage. He took part in numerous contests over the years, scoring as high as third place at the 1981 Mr. Olympia, and winning the Mr. Universe in 1980. Win or lose, Tom always gave it his all, and even when he was not competing he was always doing impressive things in the training room, constantly working to better himself and his physique.

Easily the thing that Tom Platz was most known for, was his incredibly well developed legs. The man had shown ridiculous leg strength over the years, even squatting 225lb for ten straight minutes at one point. This left his legs insanely shredded, earning him the nickname of the Quadfather for how enormous his quads were. You might think that this is something that has dissipated over the last few years, but Tom took to Instagram recently to share that his legs still look tremendous, despite him now being 65 years old.

It is not often that Tom Platz shares training updates on social media, but looking at his legs it is clear to see that he is regularly working out. His level of definition and growth is enough to put some current professional bodybuilders to shame, and he has not competed in about 30 years. There is no other way for him to keep this up with his legs unless he is still regularly doing the squats that he is known for.

Even at 65 years old, Tom Platz continues to show how far working hard and maintaining a healthy lifestyle can take you. The fact that his legs can look like that is wild enough, but thag they do so at this age is something unlike anyone else. He is truly a legend of the sport, and is still able to inspire people to this day.