Top 10 Strongwoman Athletes to Pay Attention to in 2022

Taking a look at the ladies who are showing a lot of promise in the sport of strongwoman, and will be worth paying attention to in 2021 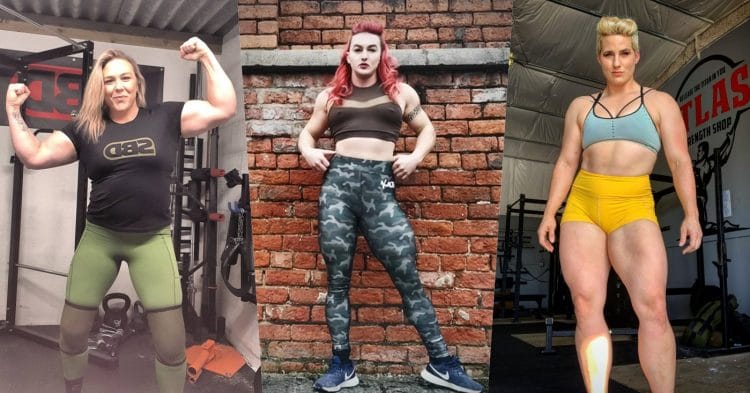 In a lot of ways. 2020 was a big year for the new generation of strongman athletes coming up. 2021 seems to have potential to be even better for the  newer strongwoman athletes of the world, and these are some big names worth watching.

As much respect and excitement as there is from the men’s side of the sport, strongwoman competition is just as riveting. These ladies are just as competitive and powerful as their male counterparts.

The last few years have seen these ladies really amp things up as several women have been ascending to the highest levels of competition. Now 2021 seems primed to display some incredible action in the sport.

These are the top 10 strongwoman athletes worth looking out for in the year to come.

With a Master’s degree in science and a career as a nutritionist and coach, it is clear that Rebecca Lorch has a real love for the world of fitness. However it took a near-death experience before she found her love for fitness.

After surviving a motorcycle accident, Rebecca was severely injured and left to rehabilitate her injuries over time. This led to her eventually falling in love with strength sports that she used to help fix the lingering effects of the accident.

Since finding her passion for strongwoman, she has continued to improve and get stronger. Now she is set up for an impressive 2021, and it will be exciting to watch it all unfold in front of our eyes.

Another strongwoman with a thirst for knowledge, Liefia Ingalls has a Bachelor’s degree and was pre-med. However she has found her footing in the world of strength sports, and has been making a constant impact ever since.

In her resume, Liefia holds records for the atlas stone, hoisting one as high as 340lb. This has given her a reputation for being one of the best middleweight athletes in the sport.

2020 saw Liefia dealing with some health concerns and injuries. However she is now looking to make an impact in 2021 that will have everyone saying her name.

At 35 years of age, Olga Liashchuk has already been able to accomplish a ton in terms of strongwoman feats. Most notably, she scored a Guiness World record for crushing 3 watermelons between her thighs in 14.5 seconds.

In terms of competitive accomplishments, Olga has three straight wins at the Arnold Strongman Classic under her belt. It seems like her reign of dominance is going to carry her on for a while after the latest of these wins in 2020.

The reason Olga is not higher on our list of strongwoman athletes is because of how much she is already established as a championship level competitor. However you can expect some big things from her over the next several moths.

A strongwoman competitor known just as much for her strength as her foul mouth as her skills, Lauren Wells is a highly skilled athlete. On top of that, she is also an ambassador for the sport on social media.

Not only is she impressive on the field, she has had a big impact on the internet side of things through her Women of Strongman Facebook group. Not to mention her viral posts to her own social media.

In recent years, Laura has shown a ton of skills that could really help her win big in 2021. Even if that does not wind up being the case, she has made a big enough impact otherwise to be deserving of our list.

An Austrian native and a Staff Sergent in the U.S. Army, Gabriele Burgholzer has displayed a ridiculous amount of strength over the years. However she has seemed to be taking things to a new level in 2020.

She won the title of America’s Strongest Woman in one of the strongest lineups in the the middleweight division’s history. Over the course of doing so, she established herself as a force to be reckoned with in the sport.

Just recently, Gabriele landed a strong world record in the middleweight division, with her Mouser Block overhead press. This was just the start of what seems to be a promising year for this strongwoman athlete.

Speaking of Mouser Block world records, at the same event that Gabriele Burgholzer got her record, Jessica Fithen did the same thing at heavyweight. Her 100kg press left jaws on the floor and a desire to see more.

Having competed at the Arnold Pro since its inception, Jessica is no stranger to what it takes to be successful in this sport. In fact, 2020 saw her reach her highest score yet, landing on the podium in third place.

With all eyes on her at the start of the year, it will be interesting to see how Jessica can do throughout the rest of 2021. Yet if early performances are any indication, this could be the best year in her career so far.

In terms of European circuits, Christina Bangma has been grinding away for ages, working to make a name as an elite strongwoman. That is appearing to pay off, as things are moving in a solid direction for her.

For years, Christina has been on the verge of earning the status as the best strongwoman in the world. It may not happen in 2021, but you can bet on her having great performances along the way.

By all accounts, Donna Moore is one of the greatest strongwoman competitors of all time. You can look at her numerous wins in the likes of the World’s Strongest Woman, and the Arnold Pro Strongwoman as evidence of that.

However if that was not enough to convince you, you can take a look at the steadily growing list of world records as further proof. Perhaps her most notable of these was her 377lb Atlas Stone record, scored in 2020.

With that world record going down just last September, Donna has a bright future ahead of her for 2021. Frankly, it would not be shocking to see her get more world records in the next few months.

Few strongwoman athletes have been setting world records at the pace of Andrea Thompson. In 2020 alone, she etched her name in history books for three records, cementing her as a force of nature.

Just in the last year, she set and then broke the deadlift world record for the sport. Then as if that was not enough, she also scored a log press world record in the same timeframe.

With the way last year went for Andrea Thompson, there is no doubt that we are in for more of the same in 2021. She has been working on getting her mind right for the year to come, and the results will be fascinating to watch.

Easily the most popular strongwoman out there nowadays, Rhianon Lovelace has been making strides to further the sport. She is constantly working to boost the profile of the women’s side of strength sports, and has done a great job so far.

There is a lot to love about Lovelace’s overall game, but her most noted aspect is her deadlift. Combined with her title as World’s Strongest Woman, and pound-for-pound strongest woman on Earth, she is ultra elite.

With the performances we saw out of her last year, including her Atlas Stone world record, it seems like big things are coming for her in 2021 and beyond. You can trust that we will be watching with excitement to see it play out.

Were there any strongwoman athletes that you think we missed?