More very unfortunate news for the bodybuilding community with the passing of accomplished bodybuilder Chris Pillay. 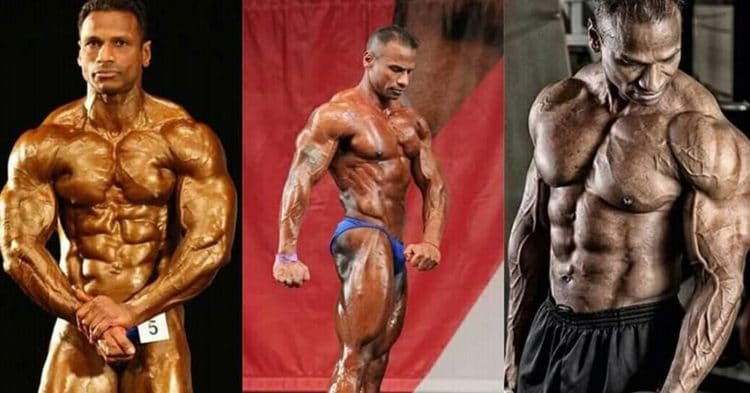 The coronavirus hit hard and changed and claimed many lives in such a short period of time. South African bodybuilder Chris Pillay was one of the most recent individuals to have succumbed to the novel virus. He tested positive on December 26 before being checked into the St. Augustine hospital where he died two weeks later. He left behind his wife Aneesa, and two daughters, Shyla and Minal, and his five siblings.

Related: Kamal Elgargni Says He Caught COVID-19 From The Crowd At 2020 Olympia, ‘I’m Going To Die’

Chris Pillay was an accomplished bodybuilder and supposed legend. He was also a trainer who co-owned the Body Guru Gym in Umhlanga, South Africa.

He’s earned many accolades in bodybuilding competition, winning various shows, and was beloved by many.

The following message was shared to the Burnwood Secondary page in remembrance of the late bodybuilder.

He was a legend in his field of body building/personal trainer and owner of Body Guru Gym in Umhlanga.

Despite ALL he achieved he remained that humble friend we knew since childhood and a true gentleman.”

“Our thoughts and prayers are with his family especially his 2 young daughters
R.I.P our friend This virus has taken the best.
CLASS OF 88”

His friend and co-owner of the gym Abhir Dayaram explained that he had a fever and chest infection, according to a report by Independent online.

“He had a fever and he had picked up a chest infection. After two weeks in the hospital, he died on Saturday.”

Dayaram explained that many considered Pillay to be the bodybuilding GOAT (Greatest of all time) in South Africa.

But he was a very humble person. He was also one of the first Indian personal trainers in Durban, and had a passion for helping others to achieve their goals.

“As a sportsman, he was one of the best bodybuilders in the country,” he explained. Chris was a thriving competitive athlete and he aimed to represent South Africa at the world championships which he had done 12 times. He also represented the country twice at the WPF Universe championships and was placed in the Top 15, the Top 10 and the Top 6 at the IFBB World championships over the years.”

Pillay was committed to his clients and their success, and it certainly showed.

“His passion lay with his goals for his clients. He was committed to the success of others and selflessly ensured his sportsmen were prepared to the highest standard and he thus produced multiple South African champions. These athletes then went on to represent our country at the IFBB World Championships.”

He was a leader and a legend with a soft voice and big heart.

“He was a true leader and he showed us the true definition of a champion. Chris was the most humble, soft-spoken and big-hearted person we knew. His relationship with bodybuilding athletes, personal training clients and trainers in the country was nothing less than loving and respectful. He was a living legend, a father, a friend and a brother to many of us.”

Pillay passed not long after his 50th birthday but he and his friends did get to have a proper celebration; a memory they can cherish of their late friend.

“We recently celebrated his 50th birthday with a few friends. It is hard to believe that he is no more. His unconditional love and dedication to his kids was known to all. He was a devoted father and he often tutored his children to ensure their success in school. They were his pride and joy. We hope to carry on his legacy at the gym – never to be forgotten but rather as an inspiration to us all.”

Pillay was cremated at the Clare Estate Crematorium on Monday.

We’d like to extend our most sincere condolences to the family and friends of Chris Pillay.

Related: Strongman Competitor Aaron Page 31, Passes Away Due To Covid-19

Top 10 Strongwoman Athletes to Pay Attention to in 2022