Breaking social barriers, Aryan Pasha became the first Indian trans man to win a prize in a male category at a bodybuilding event. 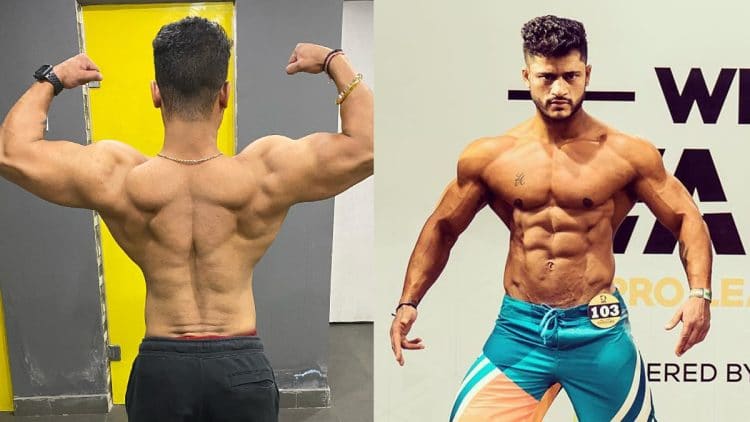 Nyla Pasha knew at a young age that she preferred to present as a boy instead of her female biological self. Breaking societal barriers, Aryan Pasha reflects on the inspiring road that led to beating depression and finding success in Men’s bodybuilding.

Playing sports at a young age, Pasha admits his formative years played a role in his social development and knack for physical fitness. Pasha underwent sex-reassignment surgery after their 19th birthday despite presenting the option to his parents at the age of 16. However, he admits it wasn’t until turning 25 that he started telling his closer friends and family about transitioning to a man. After accepting himself as such, Aryan Pasha decided to pursue a career in activism and bodybuilding. He cruised past societal taboos at 26 years old and found success in both ventures.

Prior to his bodybuilding career, Pasha began activism work centered around helping people. Following his graduation in 2016, he started working for the Multiple Action Research Group (MARG), a nonprofit legal body providing representation and legal empowerment to marginalized groups. While maintaining this position, he actively researched bodybuilding competitions.

Pasha entered the 2018 Musclemania India and defied the odds, taking second-place in the Men’s Physique category. Following the 2018 success, Aryan continued to compete at several national and international bodybuilding competitions. Given the popularity of the show in India, Pasha’s success at the event was more than just a bodybuilding victory, but a message to all trans athletes, that accomplishing goals in the face of adversity is within arm’s reach.

Pasha is thankful for how sports impacted his development and revealed what it was like growing up in India as a trans athlete.

“I turned to sports when I was 10. In this community, you’re usually referred to by your last name. So I spent most of my childhood on the playground with other boys who were comfortable around me because they didn’t know I was a girl. I underwent sex-reassignment surgery at 19, but it wasn’t until my 25th birthday that I came out as transgender to even my closest friends, and eventually, in public.” Aryan shares.

During his formative years, he says that his stepmom helped convince his dad that transitioning to a male wasn’t a phase.

“I hated the world as I knew it, and was battling suicidal tendencies. It was my (step) mother who convinced my father that this wasn’t ‘a phase’, that they couldn’t ruin my future. I am the eldest child, and my younger sisters and cousins were always supportive of the way I presented. After two years of preparing myself mentally, I began hormone therapy at 18 and my father paid for my gender-affirming surgery a year later,”

While Pasha competed as a female at a few bodybuilding shows, his true goal was to compete with men.

“This is what I wanted in my life, to compete with other men. I enjoyed every second when I was on stage because this what I dreamt of. I was not nervous at all and just anted to complete poses like a champion.”

Pasha has remained a viable competitor in the sport appearing in leagues like the IFBB, the International Bodybuilding and Fitness Federation (IBFF), and the International Health, Sports & Fitness Festival (IHFF). During his time competing, he managed to nail top-five finishes at three of those shows. The biggest victory of his career came with a first-place finish at the 2020 in the IHFF.

Continuing to train as a bodybuilder, Pasha is an inspiration to many athletes given the hardships he’s endured throughout his career. After using bodybuilding as a tool to conquer depression, Pasha is breaking barriers and inspiring new generations of talent.