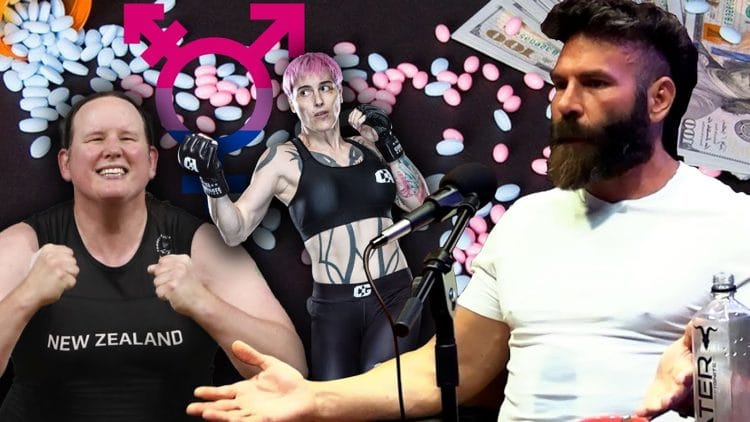 Professional Poker player and social media celebrity Dan Bilzerian is one of the most polarizing personalities on the internet. In a recent interview on the YouTube channel More Plates More Dates, Bilzerian touched on many sensitive topics like PED use, the inclusion of transgender athletes in sports and also shared his honest opinion on fitness role models like Dwayne ‘The Rock’ Johnson and Mike O’Hearn.

In this article, we will take a look at Bilzerian’s remarks on the inclusion of transgender female athletes to compete against cisgender athletes and PED use in sports.

Dan Bilzerian believes the same and criticized the sports industry for choosing to remain silent on the matter. He said:

“You’ve got like a biological man beating the f* out of some girl in MMA. It’s insane. It’s like an ex-Special Forces guy.”

“I don’t care if you want to dress like (the other sex) or whatever. I don’t give a sh*t. BUT like competing against women from the bone structure, hormone standpoint, makes no f* sense. But everybody is so worried about being politically correct that they can’t see things that on the surface are so blatantly obvious.”

Dan Bilzerian went on to add that in order to conduct sports with fairness, a separate division should be created for transgender athletes.

Bilzerian’s solution looks to solve the problem but the biggest hurdle in this situation is the small population of the transgender community. However, that is a matter of separate discussion.

Performance Enhancing Drugs (PED) in commercial sports is another issue that needs no introduction. Dan Bilzerian is a proponent of allowing PED use in sports and said:

“I think people should be able to shoot gear. I think you should regulate it, fine. Cap the Testosterone levels at (1000ng/dL). Just cap it right? Why is it fair that a guy that’s got naturally 350ng/dL has to compete against another dude that’s naturally 1100ng/dL? Apples to apples, just cap it.”

PEDs impart unnatural advantages to the user and undermine fair play in sports. However, the opposing voices like Dan Bilzerian argue that PED use can negate the natural disadvantages an athlete might have. Also, competitive sports are damaging to athletes’ bodies, allowing PED use in a regulated manner can help athletes recover better and allow them to lead a healthier life post-retirement.

While PED use in major league sports can be regulated, normalizing their use carries the danger of setting a negative precedent among children who aspire to become professional athletes. After all, you don’t want a teenage kid to attempt using PED under no supervision or guidance!

Dan Bilzerian touched on the topic of alleged ongoing PED use among sports across the world. Bilzerian claimed that athletes in all major sports today use PEDs to get an edge over their competition. While agencies like USADA and WADA test every athlete in mainstream sports thoroughly, Bilzerian argues that modern drugs can cheat the testing methods and remain undetected.

“The public perception is that these guys don’t do anything. These guys are doing all sorts of sh*t. They’re doing sh*t that they can’t get tested for. Some of that stuff has better effects than the other.”

“There’s definitely stuff that people are taking that isn’t being tested for or there’s got a real short window of whatever!”

It’s a crazy world. If you look at athletes now, just how they look, I mean their bodies! It’s like dramatically different and they’re breaking all the records and all this stuff and I just have to believe that it has to do with (PEDs),” Dan Bilzerian said.

Cases of drug policy violations surface frequently across sports. On the other hand, many competing athletes are vocal advocates of stringent measures to curb PED use in sports. Also, they do not mind being under strict supervision themselves. Therefore take Dan Bilzerian’s remarks on this matter with a pinch of salt rather than reading them in black or white.

Courtesy of More Plates More Dates, you can watch the full video here:

The potential addition of transgender weightlifter Laurel Hubbard to the 2021 Olympic Games roster has been a point of contention...