Fitness celebrity and bodybuilder Tristyn Lee finds out just how lean he is. 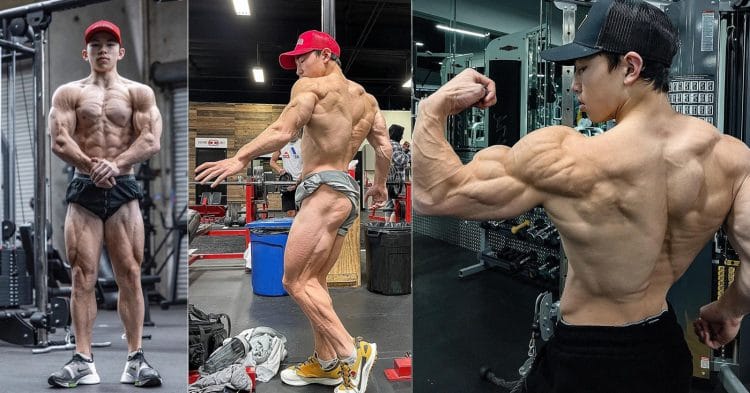 At just 18 years old, Tristyn Lee has made a big name for himself in the fitness and bodybuilding industry. In fact, he started to get noticed at 15 years old and has grown his reputation tremendously, training with big 2018 Mr. Olympia Shawn Rhoden and YouTuber Bradley Martyn to name a few of his collabs. Lee is looking absolutely shredded as of late and so why not take to the caliper to see just how ripped he is.

That’s exactly what he did and shared it on Instagram for his fans to see. Here’s what the caption read.

Skinfold caliper of course isn’t going to be very accurate and some of the measurement points can be a fair amount off based on human error, but what do you guys think… is this pretty close? Hydrostatic test next? Dexa? Lange or Harpenden caliper? Let me know!“

Related: Bradley Martyn And Tristyn Lee Have Killer Arm And Back Workout Together (VIDEO)

So at a bodyweight of 140 lbs/.45 kg, Lee tested 5% body fat after using a skinfold caliper. Now, he did acknowledge that using this method may not be the most accurate.

And, he’s curious to know everyone’s thoughts on whether he could have this low of a body fat percentage.

Back in December, we did report on Lee preparing for his bodybuilding debut that he was 15 weeks out from. So, he’ll be pushing it to the limit and it has been paying off as he’s looking insane right now. But we’ll be sure to keep you posted on the teen sensation.

How To Say Goodbye To Loose Skin After Weight Loss