IFBB and NPC Vice President Tyler Manion talks the new universal scoring system, changes to the IFBB, and special invites to the Olympia 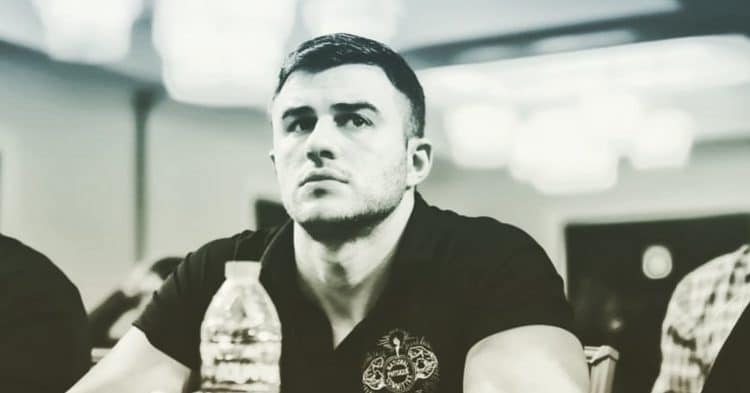 After two years as Vice President of the NPC and the IFBB, Tyler Manion is looking to help facilitate some big changes in bodybuilding this year He shared some of those plans in a recent interview.

At just 26 years of age, Manion has already accomplished more on the business end of bodybuilding than most people do in their lifetimes. He has worked hard to earn the title of VP, and has earned that spot well.

Now that he has reached this position, Tyler is looking to help bring along some big changes in the sport. He took some time to talk about these changes in a recent interview, where he broke down some of his plans. To start, he recapped the insane year that 2020 was.

“It was a crazy year. Once the Tampa Pro started in August, we were rocking and rolling every single weekend, with a ton of shows going on,” Manion said,

“The bodybuilding community, the competitors, they came out, they packed the shows. Everything was amazing.”

That being said, there are some big changes that bodybuilding fans can look forward to this year. Not least of these is the incoming universal scoring system, so that different IFBB and NPC shows and promotors can have a set standard on what to expect.

“(The universal scoring system) is going to be an amazing addition to everybody,” Manion explained.

“They’re going to be able to do everything on one site. There should be no more mix-ups with posing music, mix-ups with numbers, with anything.

It is more than just the general scoring in the sport that Tyler Manion is working to change. He also has some ideas for the Mr. Olympia as well, and how he can make this contest a little better.

One of the big changes that was recently announced, was the inclusion of the Wellness Division into the Olympia. However Tyler says that this will likely be the last new division added for a while, unless something big happens with the likes of the Masters Divisions.

“Division-wise, we’re not adding any new ones anytime soon. Wellness was the latest one. That’s going to be it for the foreseeable future,” Manion said.

One point of contention within the bodybuilding community every year, is the inclusion of special invites for the Olympia. In 2020, we saw Big Ramy win the contest after getting a special invitation.

This debate got brought up with Tyler Manion, who made it clear that he is cracking down on who gets a special invite and why. He admitted that Ramy’s case was unique, and that it needs to be situations similar to that in order to warrant the invite.

“It’s not going to get handed out unless it’s really the fair thing to do for somebody,” he said.

“We’ll see about that, but there’s no random person and nobody is just going to get a special invite for no reason, especially going forward…

“Listen, I’m not for the free passes. Ramy was a special case. Going forward, there’s got to be a really unique situation for someone to get a special invitation to the Olympia,” Manion added.”

One thing that people debate is whether a special invitation is warranted for people who are big draws, such as the likes of Kai Greene. However Tyler says that this is not deserved considering all the IFBB shows around the world, and even Kai will not be receiving another special invite.

“He’s not getting one going forward, so if he ever wants to compete again, he has to come back and qualify.”

All in all, it seems that Tyler Manion has some ideas to keep bodybuilding moving forward. It will be interesting to see how these new ideas serve to better the sport.

Hadi Choopan Squats Some Heavy Weight While Prepping For 2021 Olympia