Sara Sigmundsdottir is preparing for "dramatic changes" in her training program just ahead of the CrossFit Open. 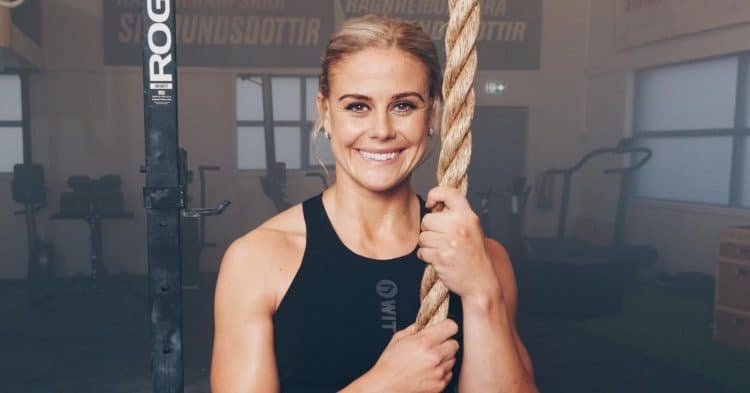 CrossFit fans have been wondering what the Icelandic wonder of Sara Sigmundsottir has been up to, and the answer has arrived. The handstand extraordinaire and two-time CrossFit Games podium finisher has announced a new coach, and according to reports, she’s tapped Max El-Hag for the role. Tia-Clair Toomey tied with Sara Sigmundsdottir at Wodapalooza just last year, and Tia may have to be worried.

If we can learn anything from this change, it is that she is up to taking her CrossFit game seriously.

What we do know is that Sigmunsdottir has been quiet to some fans, but that doesn’t mean she’s a slacker. She clearly takes the sport seriously, and knows what the podium feels and tastes like.

She has ranked first in Iceland four times since 2016, and her CrossFit Open statistics are impressive.

Max El-Hag is a head coach of many, and also the founder of the Training Think Tank based in Alpharetta, Georgia. He’s the one sign from Sigmundsdottir that she is getting ready to taste that podium again.

She’s doing that after a few injuries as well, which is why she may seem quiet on the sport to some.

But she’s been back in the United States to train since 2017 and has worked with the CrossFit Mayhem gang since.

She knows how to get it done. In 2017, she won first in the CrossFit Open and Regionals and finished fourth overall at the CrossFit Games in Madison, Wisconsin.

As 2018 rolled out, she moved home to train with Red Pill Training and Phil Mansfield. Her placement was twenty-first in the CrossFit Open, third in Europe Regionals, and this motivation with a broken rib is what she took into the weekend. Anyone that’s had a broken or cracked rib can attest to the pain, even walking up a set of stairs is extremely difficult.

Sara is going to take the broken rib and with it lift a few hundred pounds over her head like it’s a bag of potatoes and not think anything of it, at least not at first.

She ultimately had to withdraw due to the injury but, not after trying first, and that’s what makes her a true elite CrossFitter.

By 2019 and 2020, Sara Sigmundsdottir decided to go it alone, and train herself. She did compete, but again, under the physical duress of a bacterial infection and adrenal insufficiency. Her placement with these ailments was twenty-first, which is incredibly impressive.

The Switch to Max El-Hag

The switch to El-Hag is not a big surprise to Sara’s CrossFit supporters. She’s been tagging Think Tank in her Instagram posts since last year. She may have had her eyes on him for coaching since 2016.

Illness and injury has kept Sara fighting to be her best self during training. But she is rebuilding like a true CrossFit survivor.

If anybody can help her get there, Max El-Hag can. He’s had success with other elite CrossFitters, including Noah Ohlsen.

At twenty-eight, Sara Sigmundsdottir has a lot of game in her for a few years to come. Let’s see if her grit alongside the coaching of Max El-Hag can get her on the podium this year.