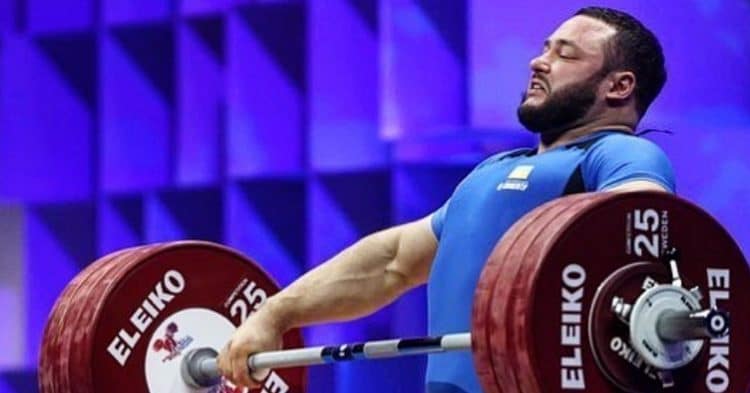 During the mission which occurred on May 6, Dmytro Chumak refused a request to provide a sample for drug testing. Chumak is also being accused of bribing the Doping Control Officers that conducted the testing, and his coach is accused of helping him in those efforts.

The pair now face a combined total of 5 charges and have been suspended by the International Weightlifting Federation pending the outcome of those charges.

Dmytro Chumak is a two-time world medalist and a European champion in weightlifting. He also competed in weightlifting and represented the Ukraine in the 2016 Rio Olympics.

On May 6, Dmytro Chumak was subject to Out-Of-Competition testing that was conducted by the International Testing Agency (ITA). He was asked to supply a sample for drug testing and refused. Following that, he allegedly attempting to bribe a Doping Control Officer (DCO).

There are a combined total of 5 charges between the duo. The details of the alleged bribe against the DCO are unclear at this time. Dmytro is accused of the use of a substance, evasions, and bribes. The ITA has released a report on the matter, that also accuses Dmytro’s coach of tampering and complicity.

The ITA Report – What Happens Now?

According to the ITA report, Dmytro Chumak and Matsokha Mykhailo have been informed of the charges and are suspended pending resolution. The IWF ADR stipulates that they will face the consequences of the charges. If those consequences are not accepted by either party, the athlete and his coach individually each have rights to seek a hearing on the matter.

Among the potential consequences are not being able to attend the 2020 Tokyo Olympic Games.

The charges will be prosecuted by the ITA.

Dmytro Chumak holds records as a world-class athlete, having won on the world stage twice, and is a 3-time European Weightlifting Champ (EWF). He has competed in the Middle Heavyweight (94kg), Sub Heavyweight (102kg), and Heavyweight (109kg) classes.