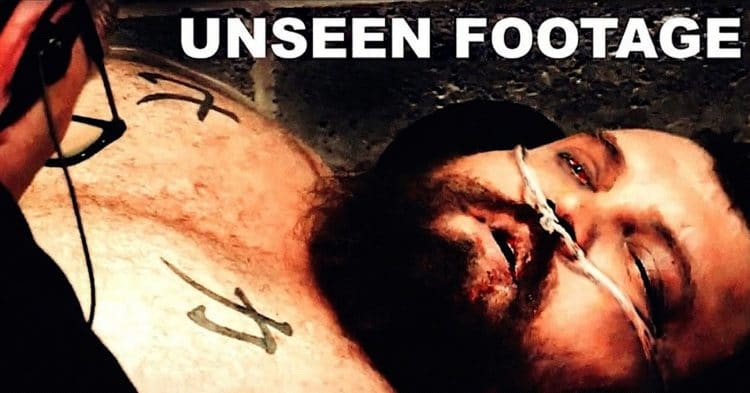 Thor Bjornsson’s record-breaking and ‘highly controversial‘ 501kg deadlift attempt is just around the corner. In another, unrelated news, “Giants Live” crew has released never before seen footage of Eddie Hall’s 500kg deadlift. I am sure the timing is purely coincidental and one has nothing to do with the other.

The 10-minute video shows a micro-documentary which shows Eddie prior to the lift, him just before the monumental lift and the aftermath, of which Eddie has spoken at length about multiple times. All this accompanied by sit down interviews with men behind the “Giants Live” events.

By now you already know the details about the lengths Eddie went to achieve the 500kg deadlift. The mental training to unlock the strength, the physical brutality of lifting heavy ass weights all the time, and the amount of food he had to consume to keep his 190kg bodyweight on.  Eddie has gone on record multiple times and said that the lift and preparation for it took years of his life.

Eddie himself has shared a behind the scenes footage a few times.  However, it seems that no matter how much of the footage of this historic lift is shown there’s always more to be shown. This time the Giants Live crew showed their footage.  I am purely speculating here, but I’m betting the video is a warning for Thor so he knows what to expect once loads up the bar with 501kg.

Much what Eddie has spoken about himself is now shown front and center.  The dire consequences of being the first human to move half a tonne of the floor and stand upright. Eddie could not catch his breath, his blood pressure was through the roof and physically he was getting worse and worse.

Now, fast forward 4 years later and The Mountain will attempt to cast a shadow over his peers and show that he is above everyone else with the 501kg attempt. It’s a giant mental strain as well as an enormous physical one. Whenever Eddie Hall talks about his 500 kg deadlift and it’s aftermath you get the feeling Eddie should be grateful he isn’t a wheelchair ridden cripple.

The Icelandic giant, on the other hand, is looking super chill and confidence and is even throwing around numbers such as 520kg or even 530kg.  Which, if he manages to come even close to those numbers would probably cement him as the strongest human to ever be born.