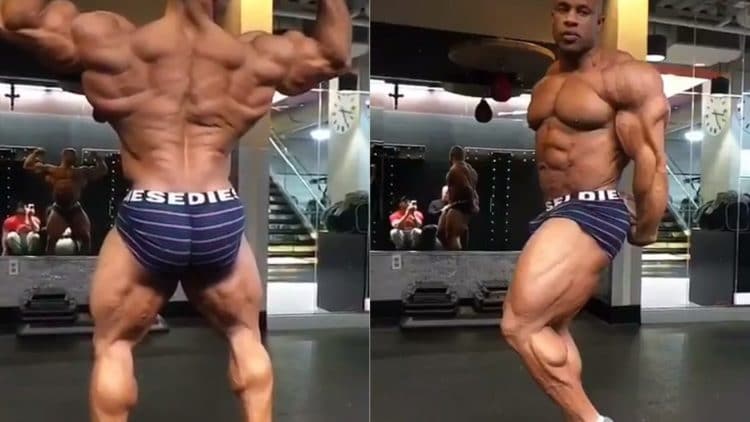 Just when we thought Victor Martinez was getting ready to hang up his posing trunks, he posts a video of him on Instagram posing just a few weeks out from the 2019 Arnold Classic and he looks really freaky!

Now, Martinez is no stranger to bringing a champion caliber physique to the stage as we’ve seen several times years prior, so it’s no surprise he’s back in shape and ready to compete again. He won the Arnold Classic in 2007 before controversially losing the Olympia in the same year, so we’re excited to see him back in action.

From what we can see, his legs are looking really good which is a known issue for bodybuilders past their prime. Now, his upper body was always his best attribute and he looks great in this department with plenty of size and striations but if his legs are on point as well, he can place higher than expected.

But how high can he place? Top five? Maybe. Is it likely? Well… he would have to really fight for a fifth place since Roelly Winklaar, William Bonac, Brandon Curry, and Cedric Mcmillan are pretty much guaranteed the top four spots. So if he did have a chance, it won’t be easy with guys like Steve Kuclo and Lionel Beyeke fighting for a top 5 spot too.

Now, 6th place is a possibility but that depends on how Martinez shows up to the show. But, he should lock in a top 10 placing based on what we’re currently seeing.

How do you think Victor Martinez will place at the 2019 Arnold Classic?

How To Grow Bigger And Stronger Glutes