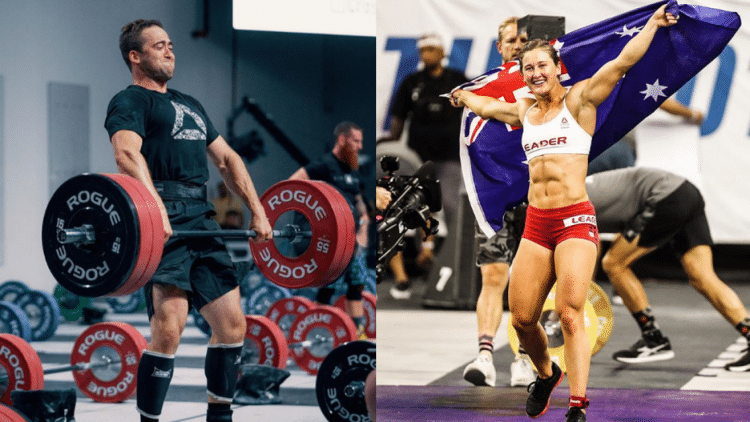 Tia-Clair Toomey and Ben Smith are two of CrossFit’s top athletes. It seems they will be going to be meeting at the 2020 CrossFit Mayhem Classic at the beginning of the year.

Both Toomey and Smith will be taking part in the inaugural Mayhem Classic event. The Sanctional, which goes down from January 10th-12th, is being promoted by another CrossFit great. Rich Froning has won the Game four times over his career, and is promoting the first Sanctional event of the year.

Tia-Clair Toomey has won the CrossFit Games for the last three years in a row. Moreover, she is the first female to accomplish such a task. It was announced that she will be competing at the Mayhem Classic, through an Instagram post.

Toomey will be looking to continue her run of dominance from the 2019 CrossFit Games. Not only did she win the competition, but she completely dominated her contemporaries. Furthermore, there was even some events that she bested the male competitors, too.

She is not the only champ who will compete at the Mayhem Classic.

In addition to Tia-Clair Toomey, Ben Smith was also revealed to be taking part in this Sanctional. World’s Fittest Man in 2015, Smith is one of the best athletes in the world. He is looking to bounce back from a tough 2019, which saw him dealing with injuries throughout the year, which almost cost him a spot at the Games. Mayhem Classic’s Instagram page made the announcement official, before Ben also confirmed it.

The Mayhem CrossFit Classic will be taking place in Cookeville, Tennessee, which is a far journey for Australia’s Tia-Clair Toomey. Nevertheless, both she and Ben Smith be looking to score some big performances on this stage. Although both athletes have likely earned spots at the 2020 CrossFit Games already, they are looking to keep active, and ready for the big show.