A complete guide to watching the live announcement of the workout for the CrossFit Open 21.3 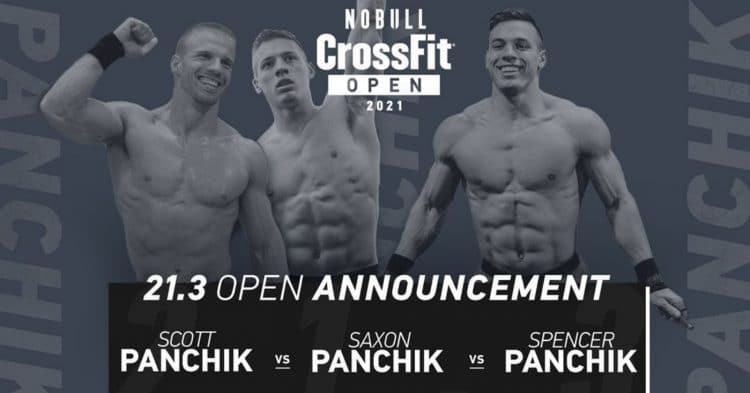 The 2021 CrossFit Open is preparing to conclude, with the final workout being revealed later today. This is a guide to watching the live announcement for the 21.3 portion of the competition.

Every year, fans and athletes alike look forward to the excitement that comes from the Open. In spite of all the changes that have come to this season’s format, there is still a buzz in the air for this contest.

The announcement for the first part of the Open, the 21.1, was paired with a head-to-head face-off between veterans Kari Pearce and Kristi Eramo O’Connell. Following this was last week’s 21.2 announcement, which pitted Youth vs Experience, as Justin Medeiros faced off against Samuel Kwant.

Now we are set for the 2021 CrossFit Open 21.3 workout announcement, which is set to go down Thursday, March 25th. It is the final workout of this season’s Open, so this is a complete breakdown of how you can watch the announcement live.

The announcement for the CrossFit Open 21.3 workout goes down this afternoon, at 12 pm PST (3 pm EST). This is a much earlier start time than the previous announcements, apparently to appease international audiences, and marking a change that will continue with future Open announcements.

This workout is being billed as “Sibling Rivalry,” as this event will be completed by the three Panchik brothers: Scott, Saxon, and Spencer. Fans and athletes who are wanting to watch the action can do so through the official CrossFit Games Facebook page, as well as through the video embedded below:

Following the announcement of the CrossFit Open 21.3 workout, the Panchik brothers will go head to head to complete the workout. This gives fans and athletes the chance to see the workout in action, so that they can have an idea of what to expect and how to pace themselves through the workout.

This workout announcement is important, and not just because it marks the first announcement to air at a time that makes sense for European audiences. It is also the final workout of the Open season, which means that by the end of next week, we will know which athletes advance to the Games, and who moves on to the Quarterfinals.

Stay tuned to Fitness Volt for complete coverage of the 2021 CrossFit Open 21.3, and the results of the event as they unfold throughout the week.