Big Z's record remains to be tested another day 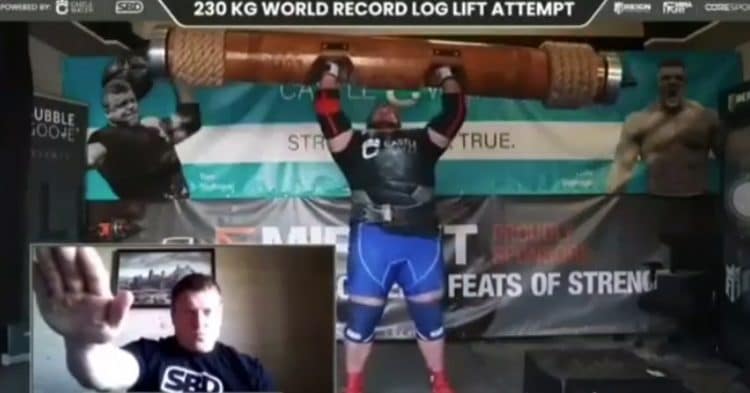 The Stoltman brothers have burst onto the mainstream Strongman scene seemingly out of nowhere. a couple of years ago. Luke was a reigning Scotland’s Strongest Man, up until the younger brother, Tom, started winning. They have both been a top 10 and top 5 placing Strongmen for the past decade and are looking like they are just starting to hit their primes.

Hot off the heels of  World’s Ultimate Strongman and Hafthorb Bjornsson announcing the breaking of  Eddie Hall‘s deadlift record. World’s Ultimate Strongman announced a sort of “mini-tour” of other records that will be tested within the month of May.  The attempts would be Luke Stolman, on the 16th of May, trying to break the Log lift world record(228kg) set by Strongman’s answer to Michael Jordan- Zydrunas Savickas, also known as “Big Z”.  After a potential new world record in the log lift, the Stoltman brothers would be challenging the Atlas stone lift. The challenger will also be the current record holder, Tom Stolman. Tom recently broke Brian Shaw‘s atlas stone record at the Arnold Classic and the record now stands at 273 kg/602 lbs and will be looking to lift 300kg next Saturday.

The Lithuanian powerhouse, “Big Z”, still remains the owner of the strongest shoulders in the world! Tom tried his best, but today his best wasn’t enough. Tom started off strong with an easy 192kg log lift under the watchful eye of the current record holder, Big Z, judging the lift over Skype. Which is a bit weird, yes…but given the circumstances, this is the best World’s Ultimate Strongman crew could come up with. Also, it’s Big Z’s record, he isn’t allowing any mistakes and asterisks next to a potential new world record. Let’s go back to Tom Stoltman, after a comfortable 192kg he attempted 212kg.

Luke brings the log to his chest and presses it upwards and above his head. The judgmental and menacing glare of Big Z gives Luke the “down” signal and Luke drops the weight down with relative ease. Next up, the world record attempt, the elusive 230kg log lift.

The menacing glare of Big Z is as menacing as it has ever been but Luke is a pro and he isn’t gonna let that disrupt his flow. He cleans the weight up to his chest, struggles a bit but he gets a good groove going. He dips once, he dips twice and starts pressing the weight up. Big Z’s hand is staying steadily in the air as he waits for Luke to stabilize the weight and lock it out. Luke looks like he’s just about to straighten out his arms and go for a lockout but the arms give out and he has to abandon the lift, Big Z is not impressed.  Luke is given another chance to attack the weight within a 60-second time frame.

Since he’s not a quitter and he’s set his mind to break the record he regroups his thoughts and goes for another try. The result is pretty much the same, Big Z is no impressed, Luk gets the weight up to his chest but just can’t get the damn log to go upwards.  Amazingly he tries this several more times but today just isn’t his day.

The record lives to be tested another day.

7 Reasons To Have a CrossFit Girlfriend