The powerlifting legend seems to defy the laws of aging! 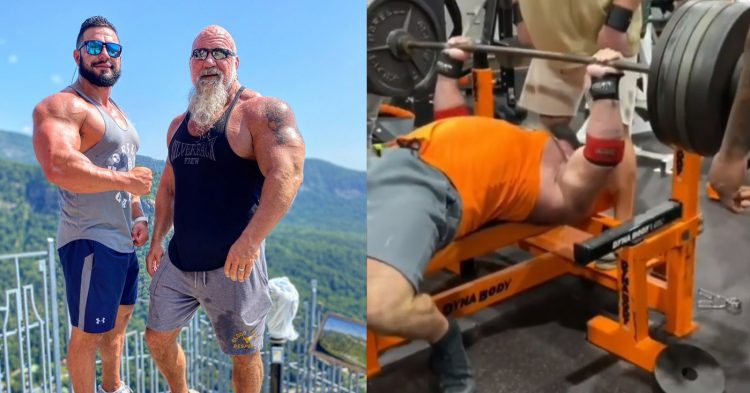 Powerlifting beast Wayne Van Nostrand continues to blow minds with his impressive strength… past age 50. In fact, in late 2019, we wrote an article on him being the second man ever to bench press more than 600 lbs raw in the 50+ age group.

He recently put up 281kg/620lbs on the bench at age 51, and the clip was posted to Instagram by the Powerlifting Legends page.

Nostrand has bench pressed 601lbs at a USPA competition and also attempted 631 lbs but came up short. The latter would have been the all-time record in his age group.

The current record holder is Laszlo Meszaros who completed a 628.3 lb lift at the 2019 GPC European Championships in May.

But for Nostrand to add more than eight lbs and break the record in competition, well, that will not be an easy task. The lift in the above clip didn’t look easy for him although he did manage to push through and lockout.

It’s definitely not impossible but it’ll be interesting to see if he can do it sometime in the near future.

In the meantime, his son Brendan Van Nostrand seems to have taken after his dad, moving some big weight on the bench press too.

The Nostrand men were made for the bench press!

The 12 Best Back Extension Alternatives