Check out this incredibly unexpected feat of strength! 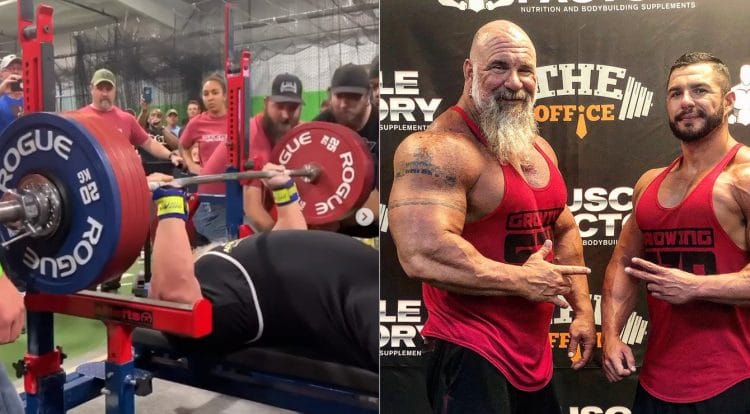 By age 50, most lifters are just a shadow of what they were in their primes. But nowadays, we’re seeing things that were previously thought to be impossible, becoming very possible.

Wayne Van Nostrand is one of the exceptions that we’re referring to after recently becoming just the second man in history to have ever benched more than 600+ pounds raw in the 50+ age group. In fact, he achieved this feat with a 601lb bench press in a USPA (United States Powerlifting Association) competition in South Carolina.

Now, he did attempt to press 631 pounds although he came up just short. But if he had completed the lift, it would have been an all-time world record to surpass Laszlo Meszaros’ record feat of 628.3 lbs that was set at the 2019 GPC European Championships in May.

“Shout out to my Pops aka Big Wayne Van Nostrand for becoming only the 2nd person in the WORLD to bench over 600lbs raw at the age of 50 or older!!!

This is him hitting 601lbs, he just missed 631lbs which would make him the strongest man over 50 in the World but he is coming for it!!!”

Check out the bench press below…

Wayne Van Nostrand is no stranger to moving some really heavyweight as he has achieved a 600+ bench press several times during his impressive lifting career. He has competed in bench-only competitions since 2012 along with push-pull contests at a bodyweight of 275 or 308 pounds.

If Wayne Van Nostrand keeps at it then it’s definitely not out of the question for him to surpass the current standing all-time record; which we believe is entirely possible for him.

A few weeks ago, 35-year old powerlifter Will Barotti achieved something never before done, when he bench pressed an unheard...