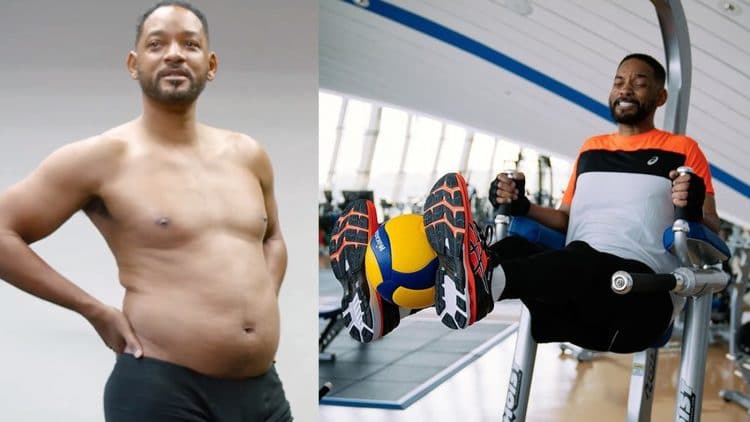 Will Smith certainly wants to look his best when he shows off the results of his weight loss challenge. He is making sure not to neglect his midsection, as seen with a recent update from the Hollywood superstar.

Since embarking on the #BigWillieChallenge, Smith has not slowed down with his work in the gym, but can’t resist the urge to add his classic sense of humor with each update. What initially began as him admitting to being embarrassed with his starting point, has now turned into a fear of being photoshopped while doing an ab workout.

Posting to Instagram, the 52-year old former rapper is seen using an exercise ball between his legs, while doing hanging leg raises hanging from a captain’s chair. The caption noted his concerns that this somewhat goofy looking picture will be photoshopped and taken out of context.

“Please don’t use this pic to photoshop me into precarious situations,” Smith wrote.

It truly seems that Will Smith is having a blast while getting back into shape, which is the perfect mindset when embarking on a fitness journey. This will help keep him motivated to come back every day, even after his YouTube special is over.

Even when things do not go according to plan, Will never hesitates to laugh at himself. A perfect example of this was when he failed to flip a tire as he planned, and instead of getting down about it, he just cracked jokes.

Will Smith Inspires Others

As much as it is impressive to see Will Smith embarking on this journey, it has having a big impact on others. His honesty about his physique has left other celebrities looking to follow in his footsteps and participate in this challenge, too

That said, it is not just celebrities who are getting involved, as a ton of the Philly native’s fans have gotten on board to see the type of change they can make in their own lives. His social media is filled with him hyping up his fans, and encouraging them to send their before and after pictures his way.

This might all be a part of a YouTube special that he has planned, but Will Smith is seriously devoted to getting back in shape, and doing so in a smart way. He is teaching people that it is okay for you to go to the gym, and not have to lift crazy weight to get fit.