'The Conqueror' pulls out the measuring tape for his guns! 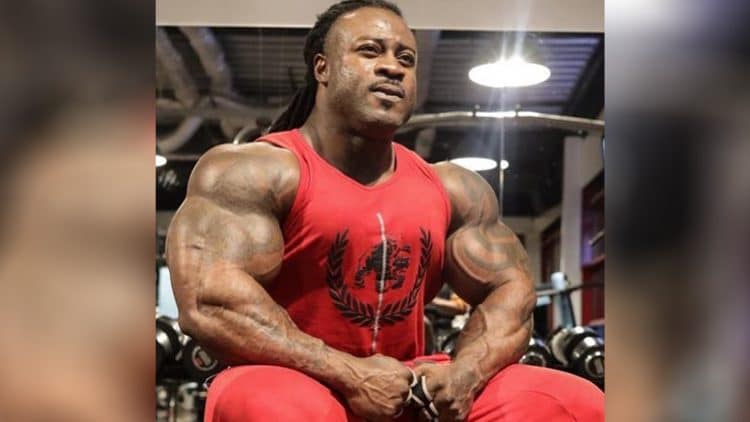 William Bonac has one of the freakiest physiques to ever grace any professional bodybuilding stage with full muscle bellies that pop giving a cartoonish appearance to his frame. ‘The Conqueror’ won the 2018 Arnold Classic Ohio and has placed in the top 10 at the Olympia since 2015 with his best finish in 2019 where he was the runner-up behind Brandon Curry.

And at 37 years old, it’s apparent that he continues to get better every year which is simply incredible. But he recently posted a photo on Instagram that challenged fans to guess how big his arms are. Now yes… his pythons are pretty massive but he followed up this post with a video where you can see his arms being measured close up.

“Locked & Loaded!👑
Can anyone guess my arms/guns size❓❓
I will let you know the correct answer on my next post‼️“

That is freaky big especially considering William Bonac is not a tall guy at 5’7″ and he usually weighs 230+ pounds but it’s not surprising either because he’s just a big dude with beastly genetics. But nowadays, bodybuilders are definitely pushing the size limits so it’s not necessarily out of the ordinary either.

Now, was the measurement as accurate as it could have been? Well, that’s debatable. But still impressive either way.

Bodybuilder William Bonac is determined to turn things around when he steps on the Olympia stage later this year. In...

Bodybuilder William Bonac is laying out the groundwork for how he plans to defeat reigning two-time Mr. Olympia Mamdouh ‘Big...

The Men's Open lineup for 2022 Mr. Olympia continues to strengthen. In a series of posts made to Instagram, Hunter...