William Bonac Gives Glimpse Of His Enormous Back As He Is Preparing For The 2020 Mr. Olympia 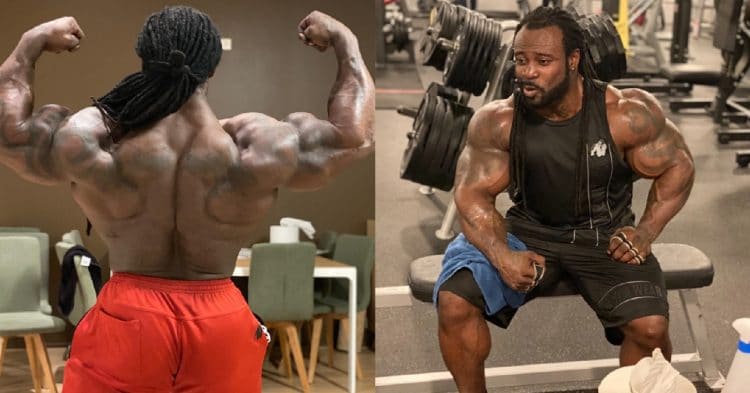 William Bonac promised to deliver a new and improved package to the stage for the 2020 Mr. Olympia. It would seem that he is backing up his talk, after a recent update saw him displaying his enormous back.

Over the years, Bonac has proven to be a formidable force on stage, earning some big wins along the way. In fact, the last time he was seen on stage, he was dominating the competition at the 2020 Arnold Classic. However one knock on him is that he never seems quite able to put it all together for the Olympia. Although he has done well, coming in second place at last year’s event, he still lacked the extra push to get him over the hump to beat eventual winner Brandon Curry.

That being said, William Bonac is looking to change things this year, as he prepares for the 2020 Mr. Olympia. A few weeks ago he shared a preview of what can be expected from him this year, and he promised to bring a new and improved physique to the show. He seems to be backing up this talk too, as a recent update to his Instagram showed just how ripped his back is, about 12 weeks away from the big show.

This is an impressive update from Bonac, but he has been working on more than just his back. Honesty, the entire upper half of his physique has been looking unparalleled during this prep. In particular, his arms have been looking gigantic lately, as he showed with another update a few days earlier. This one was a training picture, but it showed him mid-workout with his arms looking jacked.

“Work for a cause not for applause.
Live life to express, not 2 impress.
Don’t strive 2 make your presence noticed, just your absence felt.👑”

As the 2020 Mr. Olympia approaches, there is a ton of excitement about the event and who will be competing. Time will tell who can emerge victorious this year, but one thing is for sure: William Bonac is focused on delivering the best package he has ever had to the stage. If that ends up happening is still to be seen, but he is hard at work in the gym and the results are beginning to show themselves.