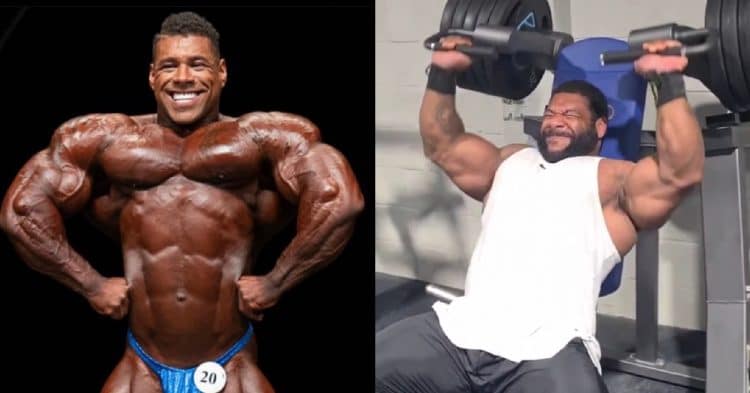 It has been a hard road for Nathan De Asha over the last year or so. However he seems intent to turn things around before the end of the year, and he showed this yet again, by demolishing a killer shoulder workout.

To be frank, De Asha is a bodybuilder who has had more than his fair share of controversy lately. Earlier in his career, he faced some setbacks with the law, after being used to prove a point after he was arrested for inciting riots during protests in the UK. However last year things would take an ugly turn as he was arrested for selling steroids and sending them through the postal service. Ultimately he would face no jail time, but his court date lined up in a way that forced him out of the Olympia.

Since then, Nathan De Asha has not been taking it slow, competing at the Yamamoto Pro late last year, with plans to compete again this year before things went haywire. Yet it seems that some solid training footage has been emerging to suggest that he is gearing up for something soon. Most recently he posted to Instagram with a video of his killer shoulder workout, and he looks absolutely massive.

“Boulders for shoulders.
There must of been something extra in that intra shake. From going feeling like death to banging out some big ass weights.
Looked in the log book an took it back a few years to a old school workout. Ha
Log book means my brain not my school English book ha.”

The first stop of this intense workout sees De Asha getting to work on a heavy incline bench press, having to fight for them but ultimately getting 3 strong reps. From there, he moved on to some shoulder presses, effortlessly moving that weight. Then to cap off the video, he whips out a few reps of lateral dumbbell raises. It was a hard workout from Nathan, and shows how much he has been working lately.

Controversies aside, Nathan De Asha is a truly talented bodybuilder, with a ridiculous physique. Regardless of how you feel about the issues ain his past, you can not help but be impressed by his hard work and passion for the sport, when it is displayed like this. It seems like every time we see him, he is working to move past those mistakes, and he knows the only way to do that is with a lot of hard work and nothing else.