Roelly Winklaar reflects on the 2020 Mr. Olympia, and feels that William Bonac should have scored higher at the contest 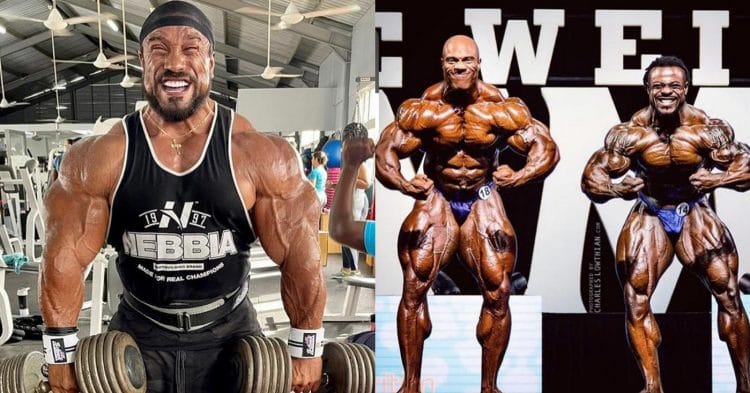 Unfortunately Roelly Winklaar was not able to compete at the 2020 Mr. Olympia. However he watched the contest, and feels like William Bonac got the short end of the stick when it came to the judging.

With not long before the Olympia, Winklaar broke the hearts of fans everywhere when he revealed that covid would be keeping him from competing. This was a shame too, considering the ridiculous shape he was in.

Nevertheless the contest went on without him, as the likes of Hadi Choopan, and former champs Brandon Curry, and Phil Heath took the stage. In the end, Big Ramy would be awarded the Mr. Olympia title, much to fan’s delight.

A lot of people felt after the fact, that Hadi Choopan deserved to score higher than the fourth place he got. However Roelly Winklaar thinks somebody else deserved more respect than they got.

Speaking in a recent interview, the Dutch bodybuilder revealed that he watched William Bonac compete, and felt that he looked way better than his fourth place says. In fact, Roelly had Bonac winning the prejudging.

“In my opinion I think Bonac had to place high,” Winklaar said.

“It was a strange prejudging because it was Bonac, Brandon, and Phil, and the last callout, they put Brandon, Phil, Ramy, and Hadi but Bonac was not in it.”

“I think William (should have) placed a little higher,” Winklaar continued. “In the prejudging, I gave it to Bonac. I gave it to Bonac, but in the final, the more Big Ramy and Phil Heath were posing, they had him beat.”

As far as Phil Heath goes, Roelly Winklaar thinks that he looked better the longer the contest went. However his midsection likely stopped him from being able to beat Big Ramy.

“The more he posed, the more he popped out,” Roelly explained. “(People always talk) about Phil’s belly. (If you’re going to) complain about that, it’s not the number one best belly.

“I say it again, nobody can beat Phil’s back.”

In the end, it as Big Ramy that won the 2020 Mr. Olympia. Roelly Winklaar was impressed with Ramy, and even though there are some areas that he could improve on, he says other parts of his physique were unparalleled.

“Ramy has the same problem as me, he’s big. All he has to do is come in sharper, lose weight so he can look sharper,” Winklaar said.

“That was the thing, everybody was not sharp enough, and he was sharper than normal. So that’s why he popped up. He popped up correctly and he’s big.

“He came sharper than them, and his side chest does damage to everybody. If I were (there) he’d do damage. His side chest was… wow.

“In my opinion, his waist is still big, but  becausehis legs are so big, you can’t see that. That’s lucky, what he has.”

These are some interesting assessments from the Roelly Winklaar in regards to the 2020 Mr. Olympia. Hopefully he can bounce back this year, and make his return to the stage to test himself against these guys.