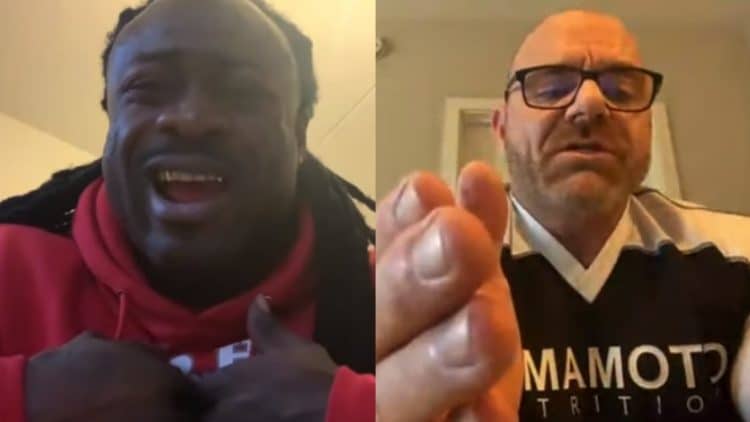 William Bonac has made his disdain for Neil Hill quite clear at this point. However, the two recently went back and forth again, with new information revealed on why the two stopped working together.

HIll was working with Bonac for several years, training him and helping him reach success. In the eyes of many, the two had a great relationship, which was beneficial for both of them. However, in a surprising rant on Instagram, William revealed that he was no longer training with Neil. Subsequently, the trainer responded, giving his perspective on what had happened between the two.

Things seem to quiet down, as Bonac went on to earn second place at 2019 Mr. Olympia. However, speaking recently with Dave Palumbo, he decided to open up further on the situation. Although he was quick to say that his split from Neil was not the reason he did not win the Olympia, he did say that the two disagreed on some of the training ideas they were using. Furthermore, he said that while that was the case, the bigger issue always came when the topic of finances came up.

Bonac went on to elaborate more on what he was talking about.

According to William Bonac, Neil was going behind his back for years to make side deals with promoters. He said that even when the promoters would tell him it was not an issue on their side, he refused to believe that Neil was doing something like that. Ultimately he would try his best to put it behind them, as he explained that Hill would pay for their lodging at certain contests, and William would pay him out of guest posing fees.

Bonac concluded by explaining that he regretted making such a fiery video about Hill. He revealed that he had just gotten into an argument with Hill prior to making the post. As a result of that, plus he was dieting for a competition, he was a bit more aggressive than what he felt he should have been.

Well, Neil Hill heard these accusations that William Bonac made about him, and decided to respond. He requested to join Dave Palumbo later that day to address these concerns. It is safe to say, he was not amused by what he had heard.

Hill was quick to deny that he was making deals behind Bonac’s back.

“First and foremost, there has never been one time that William has ever said anything to me of any concern, of any conspiracy, or anything underlying in any way whatsoever, with what he suggested, other than one time which was probably five or six years ago, and he didn’t actually accuse me.

What happened, was that William and I were overseas at an event call the Loaded Cup. Now I can’t remember exactly what country it was, and I was there with William. Basically there was some form of arrangement which took place, as far as William’s fees are concerned.”

Hill went on to explain that he was both the prep coach and manager for Bonac. Moreover, he said that the details of the circumstances are foggy because it was so long ago. However, he said that there were some sort of suggestion that he had taken money from William, made either by Bonac or the promoter. Ultimately he felt everything was fine, and they were able to get past it.

“But let me just say this live, in front of anybody. There has never been a time where I had a double contract, a double deal going on with anyone whatsoever. As far as a sponsor, whether its a guest appearance, on a personal level, no one.”

Neil Hill went on to reiterate some of the points he brought up previously, regarding the early career of William Bonac. In the end, there is no way to know who is right and who is wrong in this circumstance. Regardless, it seems best for everyone involved that they parted ways.

Dexter Jackson Announces 2020 Olympia Will Be His Last Competition