Check Out This Wood Carving Of The Legendary Franco Columbu

There's some serious detail in this wooden piece of the late Franco Columbu! 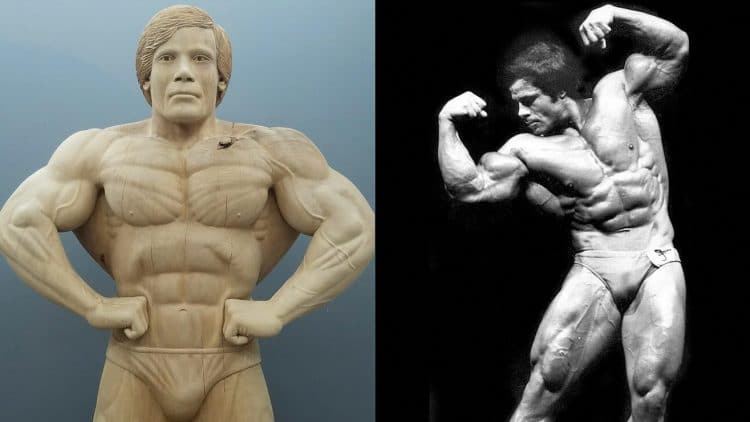 The passing of the legendary Franco Columbu in August, at age 78, was tragic news after an incident at sea off the coast of San Teodoro, Sardinia Italy. Columbo had such a big impact on bodybuilding and the fitness community in general.

And many individuals in the industry and otherwise paid their respects to the late legend. But, one individual by the name of “jamesonealwoodart” (Instagram) wanted to really honor Columbu’s life, and he did so by carving out an extremely impressive and detailed wooden sculpture of the former bodybuilder.

Here’s a short clip where the artist recarves the hamstrings…

“Decided the hamstring needed to be reduced and recarved, so here is a short video and the reshaped leg. Also weighed him today. 320 pounds right now. For comparison Rocky is 370, Arnold is 350, and little Floyd is only 195.”

This is some serious talent but also a very respectable gesture to honor Columbu’s life! The artist has also carved wooden statues of Arnold Schwarzenegger and Sylvester Stallone as Rocky which you can see on his Instagram.

Franco Columbu’s legacy will surely never be forgotten as he played a significant role in the popularity of the sport of bodybuilding and even strength sports. Franco Columbu was very close to Arnold Schwarzenegger, having played roles in several movies with the action star.

He also won the Mr. Olympia competition in 1976 and 1981, while having participated in boxing before his bodybuilding career took off. And after his competitive years, Columbu had a successful career as a chiropractor and nutritionist.

He was a big inspiration to many!

The bodybuilding community lost a legend of the sport in Franco Columbu back in August 2019. Arnold Schwarzenegger was especially...