WSM will be launching a special online tournament 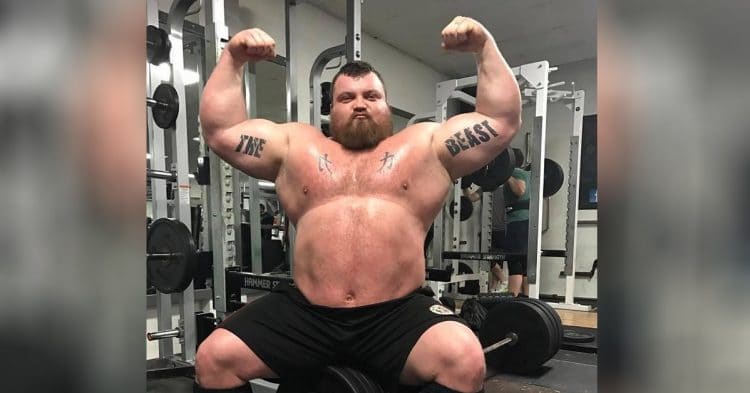 Yes, you read that title correctly. No, this isn’t a joke or a super late April fool’s joke.  The people behind the World’s Strongest Man competition will be launching a special, at-home, 8 men tournament that will be hosted by Mr. 500kg deadlift, Eddie Hall.

The rules are still a bit unclear to me, but the official wording is as follows;

“Eight of the world’s most popular strongmen will each compete in two rounds of unique and entertaining feats of strength. Each match-up will consist of a determined strength move (such as deadlifts, overhead press, and farmer’s walks) which competitors are encouraged to complete with imaginative items that can be found at home, like a couch, a car, or a pet” …  “At the end of the two rounds, the top two competitors with the most votes will go head-to-head in fan voting to claim the ultimate $10,000 prize awarded by World’s Strongest Man”

Going strictly from what is said by WSM’s social media team, this won’t be a “record-breaking” contest nor will the actual weights being lifted matter.  The goal will be to perform a specific Strongman lift as creatively as possible with as unusual of an object(or objects) they can find.  This is essentially a popularity contest, the coolest, funniest, and/or wackiest looking Strongman will win the round. The competition will be contested over 11 weeks with each week hosting a 2 Strongman going head to head in a specific event.  The timetable, contestants, and the events have been revealed however who will be battling who-has not yet been revealed.  Here’s how and when it goes down;

With all that has been said by Eddie about Thor’s 501kg deadlift and the home gym/competition record back and forth banter between him and Thor….doesn’t this make Eddie Hall a tiny bit hypocritical? I can already see Eddie’s reasoning for hosting this being “they are not calling any of these feats world records. It’s not the same, it’s a fun exhibition and the winner will be determined by the fans and not by a commission or a ruling judge. Thor called his home gym deadlift a world record without anyone being able to challenge it.” However, one could argue that this is happening due to Thor’s deadlift getting a lot of waves among the non-strongman/casual news media outlets and even getting streamed live on ESPN!

One could also argue that this could become a new norm for extreme circumstances such as the one the entire world is currently going through. Eddie Hall hosting this event could be interpreted as him encouraging such actions that he openly criticizes. What’s to stop Arnold Strongman Classic people for arranging some sort of “Lockdown lifts” somewhere down the road in the upcoming weeks or months?  UFC is hosting a fight card this weekend with fighters from around the world. If they can get the logistics done for something like that under the current upcoming zombie apocalypse-esque situations going around the world, I am sure some other Strongman org can get on this home gym Strongman action that’s been going on and give it their own spin.

Regardless of my opinions, hypotheticals, and speculations, this is looking like a really cool way to keep the guys fresh and sharp while delivering cool social media content for the fans to enjoy. The cash prize is a cool bonus as well. I hope something like this continues to happen even after people are allowed to go outside and be in groups larger than two without being six feet apart.

Oh, and in case you missed it, Thor vs Eddie is going down next year in September.