Hafthor Bjornsson Says He Is Not Competing At 2020 WSM 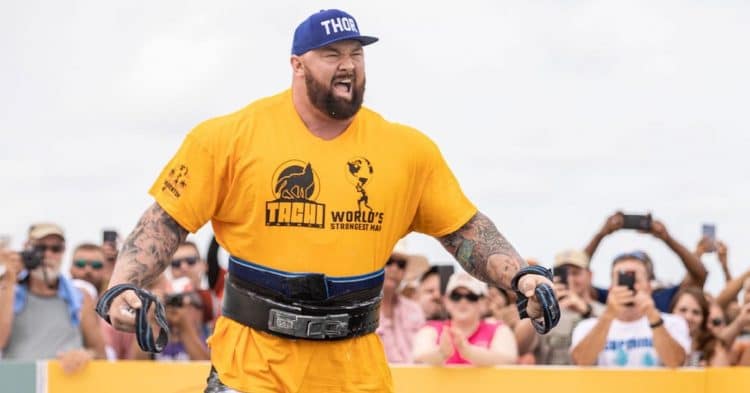 Fans have been clamoring, wanting to know if Hafthor Bjornsson would be competing at the 2020 World’s Strongest Man. Now the Mountain has decided to answer the question all the people have been asking.

Bjornsson had a massive weekend to say the least. Despite some controversy in the strongman community, he managed to score a new world record, by hitting a 501kg deadlift. He then followed this up by saying that he would be fighting his rival and the previous owner of that record, Eddie Hall.

These announcements left fans buzzing with excitement, but there was still one question left unanswered. Will we see Hafthor Bjornsson at the 2020 World’s Strongest Man? He decided to take to a recent fan Q&A to answer this question once and for all.

This is a pretty stern statement from a clearly frustrated Hafthor. It is understandable to be aggravated at a lack of a plan being in place, and no idea whether or not you should prepare. On the other hand, it seems safe to assume that given everything going on in the world, the officials likely are unsure what they are doing, too.

Given the fact that Hafthor Bjornsson has said he is committed to training for his boxing match with Eddie Hall, it is unclear whether or not he would have competed either way. Although, perhaps he would not have agreed to the fight, had he known what to expect from the World’s Strongest Man. Either way, it looks like it will be some time before we see the Mountain in a strongman competition again.