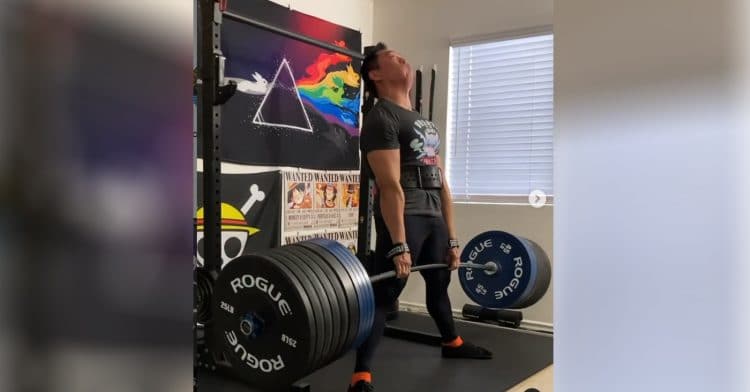 It’s not been a great year for athletes, who have been sacrificing both gym time and competitions to the pandemic. That hasn’t stopped 32-year-old Yangsu “Deadlift Panda” Ren though. He’s been working to crush his own personal bests, and he’s doing it. He recently pulled a 410.5kg/905lb deadlift, which surpasses many of his previous pulls. It’s also 4.6 times his body weight of 196 pounds.

It’s been a year of getting back to it for Ren, who took 2019 off after lumbar-induced sciatica. But like many other athletes, the pandemic has meant a lot of time out of the comp circuit for Yangsu Ren.

Yangsu’s best deadlift in his career in the competition circuit has been a 340kg/749.5lb pull. This occurred October 10 at the 2017 USA Powerlifting Raw National Championships, where he placed fifth in the 83 kg weight class.

Just after that, Yangsu pulled a deadlift single lift at 347.5kg in the 83 kg weight class on March 4, 2018, at the California State Records Open.

Later, in July 2018, Yangsu Ren hit more personal bests with a squat of 252.kg and a bench press of 162.5kg at the California State Games.

Ren’s overall pulls have hovered in the 320kg mark, with a record at 340kg. This week’s deadlift at 410kg/905lb shows that he’s certainly used the 2020 downtime to his advantage.