Use this beneficial information from one of the world's best strength athletes to achieve an impressive set of six pack abs. 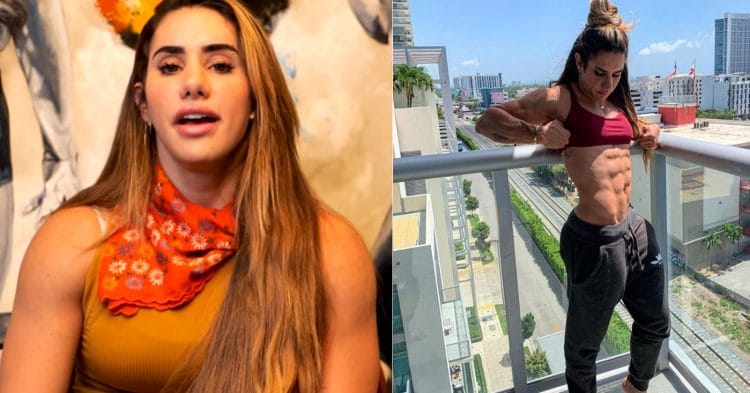 If you asked most people what the most popular beach muscle is, they’d probably say abs. And this applies to both men and women alike. Getting a “six-pack” is definitely at the top of the list of muscles that people focus on especially around the summer, and top Powerlifter Stefi Cohen wants to help you maximize your development.

Although she’s most known for moving big weights and setting records, Cohen has an amazing physique. And she has actually been training with IFBB Pro Ben Pakulski to learn as much as she can about maximizing hypertrophy (muscle growth).

So she recently posted a video dropping some knowledge and sharing her most valuable tips for getting six-pack abs. But first, she talked a little about how the obsession with getting ripped abs has led to the creations of many ridiculous products on the market that promise to burn belly fat and sculpt amazing abs.

Apparently, these pieces of equipment are termed, the “six-pack secret products”.

“We’re constantly looking for the fast and easy way to achieve results when the reality is, that doesn’t exist.”

“Nothing can substitute a solid training plan and a good diet“.

Cohen explained than these products imply that ab training alone will build abs and burn fat at the same time, without mentioning the other important factors that are essential for fat loss and ab training. As a result, many people are deceived by the false “convenience and simplicity” of these machines and end up never seeing any results.

Also, the movements themselves aren’t anything special and have no advantages over other methods of training. In fact, they’re not even necessary to build a six-pack.

So, What To Do Instead?

Cohen’s first bit of advice is to acknowledge that people are different.

“Some people look leaner with different amounts of body fat,” says Cohen. “Sometimes it’s easier for some people to get a six-pack.”

Do what you can with what you have and you can still, absolutely build a very impressive physique regardless.

It’s also not ideal to try and chase an unrealistic, Hollywood physique either because many times, it’s not the reality of what you see. Stefi Cohen recommends just working on improving yourself which means losing body fat and the appearance of the abs will follow.

The next piece of key information is that what you eat is very important. Although, your activity matters too.

“Stay active throughout the day, eat a balanced satiating diet approximately equal to slightly less than what you burn in a day. If you consistently do this, your body fat will go down, just practice a little patience.”

Lastly, train your abs properly. Cohen explained that because your abs are muscles, they need to be trained if though many people think that losing fat is all that’s needed to see your abs.

“You don’t have to do endless crunches. Many of the most common movements in the gym like squats and deadlifts challenge and hypertrophy your core muscles as well“.

Also check out: The Best Six-Pack Abs Workout You Can Do At Home

Larry Wheels Opens Up About Overcoming His Battle With Addiction

Best Diastasis Recti Exercises for Moms to Get Their Body Back

Almost everyone who exercises wants a flat, toned stomach. Some people dream of having washboard abs and a full-on six-pack....