Having gained prominence on the podium of World's Strongest Man, Savickas has now achieved success on the silver screen. 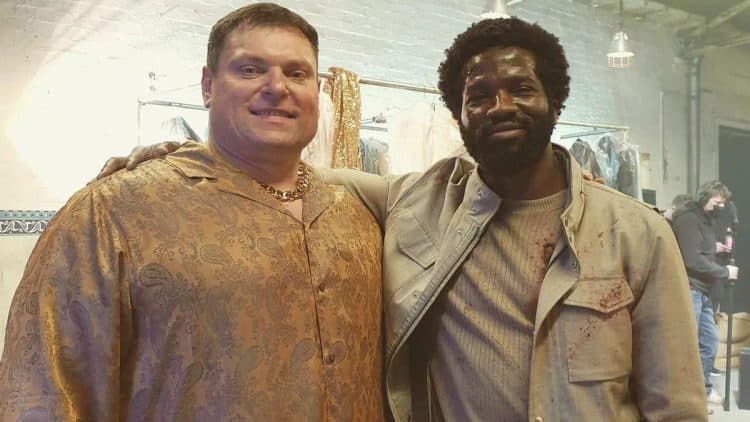 As you can see, acting and the fitness industry have always had a close relationship, due to the fact that almost every show features one or more actors known for their physical fitness, more specifically their strength. Several modern television series feature characters that are incredibly large and powerful. So, the casting directors of ‘Gangs Of London’ realized that the 4x World’s Strongest Man, Zydrunas Savickas, is the perfect man for them.

Gangs Of London has already amassed large popularity with viewers in the first season. So, in the hopes of making the show better, they decided to add some new characters in season two. Well, it seems that Zydrunas Savickas was a perfect match, since he has already gotten some screen time. Zydrunas, character name “Abdullah Shafak”, was seen fighting his colleague actor, Ṣọpẹ́ Dìrísù, in one of the scenes. Big Z shared this scene on his official Instagram account.

Gangs Of London is a pretty self-described show, as it shows London gangs battle for supremacy. The twist is created when the head of London’s most powerful crime family is assassinated. This results in a domino effect of violence.

Zydrunas Savickas has already appeared on the big screen with the 2015 film Chasing Solace, as well as the 2020 TV series Kaukės. The move now represents a big step up for him, and he may soon become a regular on the acting scene. His goal may be to land some major role, similar to that of his Game Of Thrones colleague Hafthor Björnsson.

Zydrunas Savickas has long passed his Strongman prime, but he has never fully let go of the sport. Instead, he stayed to give his best with a significantly downsized physique and serve as one of the sport’s greatest ambassadors. Apart from his WSM titles, Big Z is also an 8x Arnold Strongman Classic winner, and has 36 Strongman Champions League victories under his belt.

As of now, it is unclear if Zydrunas Savickas will appear in the rest of the series. However, even this singular scene could propel him into the stars. Big Z is currently 47 years old, so his maturity, experience, and physical shape could fit the criteria for many movie roles.