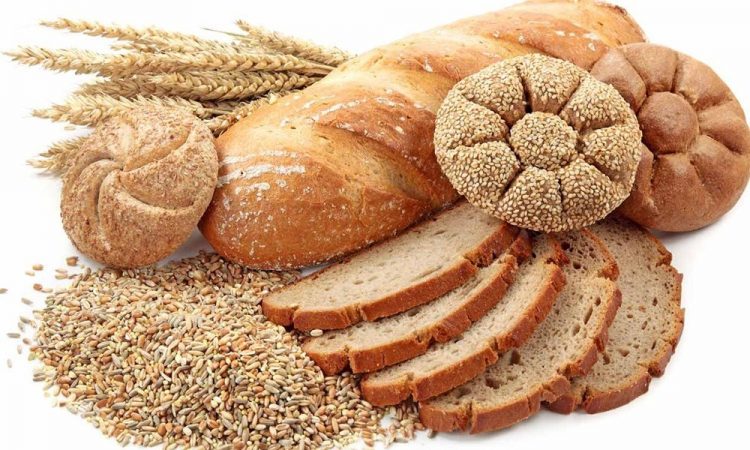 Anyone who’s been into fitness for any amount of time has likely heard the theory that eating carbs at night is a surefire way to put on body fat. There shall be no carbs after 6:00 PM if you want to keep fat to a minimum, it’s science brah. I guess you’re good as long as you eat them by 5:58, or if you fly to a different time zone, or if you work the night shift maybe it’s 6:00 AM when you are about to go to bed, is that then considered carbs at night or are you good because it’s morning? Who exactly makes these rules and should we really follow them? Well as always I’m here to show you what the scientific research says, not what that one guy at your gym who is in pretty good shape so he must know what he’s talking about says.

First, let’s establish some of the reasons people claim carbs at night are bad. The most common thing I hear is since carbs are used for energy and you are going to sleep you won’t be able to use them for energy and instead they are stored as fat for later use. Along the same line if you are going to sleep your metabolism will slow down making it harder to burn. On the surface, this seems to make sense, but broscience usually does make sense on the surface.

There was a study done by Sofer et al. (1) that looked at the difference between eating your carbs at night and spreading them throughout the day. For 6 months 78 police officers were assigned to either an experimental group or a control group. Both groups were on a caloric restriction and ate the same amount of calories, carbs, protein and fat with the difference being the experimental group ate the majority of their carbs at night while the control group ate their carbs spread throughout the day. The results showed the group eating their carbs at night lost 27% more body fat and felt 13.7% fuller than the control group. In addition, the level of inflammatory hormones decreased by 27.8% in the experimental group whereas the control group only had a decrease of 5.8%. The night-time carb eaters also had higher levels of good cholesterol and lower levels of bad cholesterol.

To be fair a question I have with this study is whether it’s that they ate most of their carbs at night that made such a positive impact or is it that they ate the majority of them all at once? Perhaps it’s a combination of the two, but either way eating carbs at night obviously did not have a negative impact on fat loss. Another thing to note was baseline insulin values were lower in the experimental group than it was in the control group, also making me question the theory that insulin sensitivity decreases at night, but I’m not going to get into that. At least not in this article.

Now I’d like to take a look at the theory of metabolism slowing down at night. Zhang et al. (2) set out to see if there was a difference in sleeping metabolic rate (SMR) depending on BMI and fat-free mass and compare resting metabolic rate (RMR) with sleeping metabolic rate during different periods of sleep. What they found was RMR was lower than SMR at the beginning of the sleeping period and higher than SMR in the morning hours. The greater the BMI, the faster the decrease there was in SMR. Essentially what they found was those who are obese had a SMR lower than RMR while lean individuals had a SMR greater than their RMR. So those who are leaner actually have metabolisms that speed up at night, not slow down.

Of course, it’s going to take proper sleep to maximize the benefits, and wouldn’t you know it eating carbs at night may even improve your quality of sleep. In fact it’s entirely possible not eating carbs may be the very thing that interrupts your sleep. Carbs stimulate the serotonin receptors that relax you as well as boosting tryptophan, both brain chemicals involved in sleep.

One last quick thing to talk about to put this subject to rest is a much less thought about but still sometimes referenced subject regarding carbs at night. Some argue that HGH is highest during sleep so if you eat carbs before going to bed and rise insulin levels this will lessen the HGH levels while sleeping and in turn, you’ll have less muscle. Regarding that theory I’d like to point you to a previous series where I wrote about the lack of importance of exercise-induced hormones and showed you how fluctuations in growth hormone is not in fact anabolic and worrying about small physiological fluctuations in growth hormone is a complete waste of time.

Bottom line is that the laws of thermodynamics don’t change at night and your body does not know the difference between 5:58 PM, 6:00 PM or 10:00 PM. Whether you are trying to maximize fat loss or minimize fat gain it does not matter when you eat your carbs. I think a large reason why people associate weight gain with eating carbs (or really anything) at night is because the typical non-trainer will be eating additional calories above their maintenance level at night and if they skip that late night meal they will be better off. As long as you are meeting your caloric and macronutrient needs for a given day regardless of when you eat, you will be just fine. Perhaps instead of saying “Don’t eat carbs at night” the more appropriate phrase would be “Don’t eat carbs at night if you have already reached your daily caloric needs.”

Check your RMR with RMR Calculator