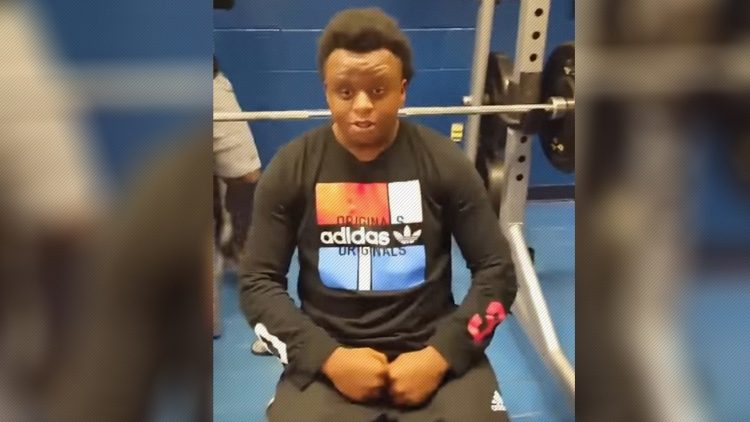 Ego lifting,’ a term that was coined specifically to describe those who lift weights for the sole purpose of impressing others, was clearly invented for a reason.

Unfortunately for one man, acting out this concept had embarrassing – if not hilarious – consequences.

The man about to lift the barbell obviously thinks the $20 is all but his. A third man stands behind the lifter, ready to spot him.

‘One time!’ calls out the lifter as he readies himself for the task at hand.

The room goes quiet as he removes the barbell from it’s perch and lowers it down towards his chest. Just as the barbell reaches its lowest point, the lifter lets out a fart that rings through the entire gym.

Immediately, both the cameraman and the spotter burst out laughing. The lifter covers his face, embarrassed, and remains lying down.

Farts happen, but, for this unfortunate man, he will never live it down.

Though, shoutout to the real hero here: the spotter. How he managed to put the barbell back into its place, howling with laughter, is beyond me.

The cameraman simply cannot contain himself, and the video loses focus as he roams off.

And… the bro is back again… although his gas, unfortunately, lost him the bet that day, the weightlifter got another chance at his $20. He and his friends took to the gym again two days later, and posted another video, to finish what they started. Turns out, he really can’t do that bench press.

Back at it again,😂😂😂😮😂 pic.twitter.com/u2ZmUOCctC

Fitness influencer Brittany Dawn Davis has been sued by the State of Texas after allegedly misleading people with eating disorders....

Last week, Tiktoker Nikki Fitness had a video go viral where she shamed a man at the gym (who didn't...