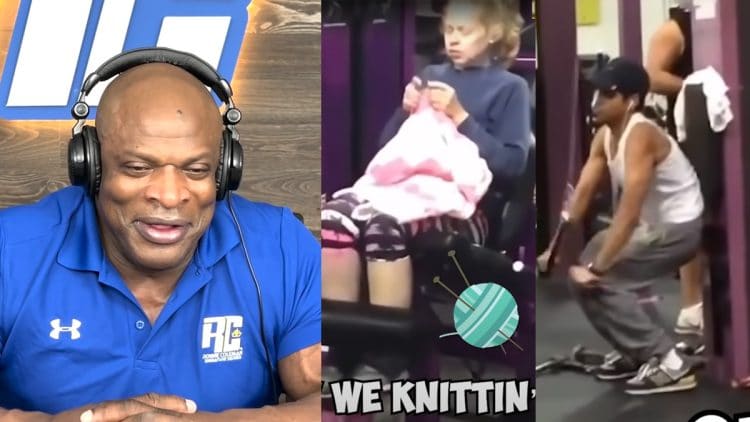 Ronnie Coleman is a bodybuilding legend with eight Mr. Olympia titles to his name. In a lighter segment featured on his YouTube channel, Coleman reacts to a collection of greatest gym fail videos.

With how often Ronnie Coleman threw around heavy weight during his career, “The King” has learned a thing or two about safe practices. His methods saw him win eight Mr. Olympia titles in 1998, 1999, 2000, 2001, 2002, 2003, 2004, and 2005. Ronnie is widely regarded as one of the best bodybuilders to ever compete and is known for his proportions, vascularity, and symmetry.

Coleman stays highly active training at the gym and also has his hands full running the annual Ronnie Coleman Classic amateur bodybuilding show. The Ronnie Coleman Classic has been around for 24 years, and the legend recently suggested that this year’s show will likely be an IFBB Pro event instead of having amateurs compete for their Pro cards, per the usual. Keeping things light, the bodybuilding legend switched his routine up and watched others hit the gym instead of himself.

In a recent video published on the Ronnie Coleman YouTube channel, the eight-time Mr. Olympia hilariously reacts to some of the greatest gym fails online.

Some of the video highlights included a fake Michael Jackson dancing on the gym floor. Then, an older woman is spotted on the leg press machine, knitting a scarf or a blanket. One gym-goer that surprised Ronnie was the man who used two cable flye machines and a chair to lift his torso up and down off the floor. In addition, there were a pair of clips where two people appeared to get intimate with each other while using the machine as convenient furniture.

Many of the other gym fail clips prompted Ronnie to put his head in his hands. Some of the people featured in the video exercised with little to no form and seemed to value anything but achieving a proper contraction during a repetition. Nevertheless, it was comedic gold to see Ronnie’s unfiltered reaction to some of the funnier gym moments circulating on the internet.

Ronnie’s bodybuilding career has not been without sacrifice. In 2020, Coleman explained to Joe Rogan that he’s had thirteen surgeries on his back, hip, and neck as a result of his illustrious career. Even in his later years, Coleman has shown longevity and still trains hard in 2022.

Coleman remains a great ambassador for the sport of bodybuilding. Given that he’s competed for much of his life, it’s nice to see the legend partaking in a light-hearted segment on his YouTube channel.