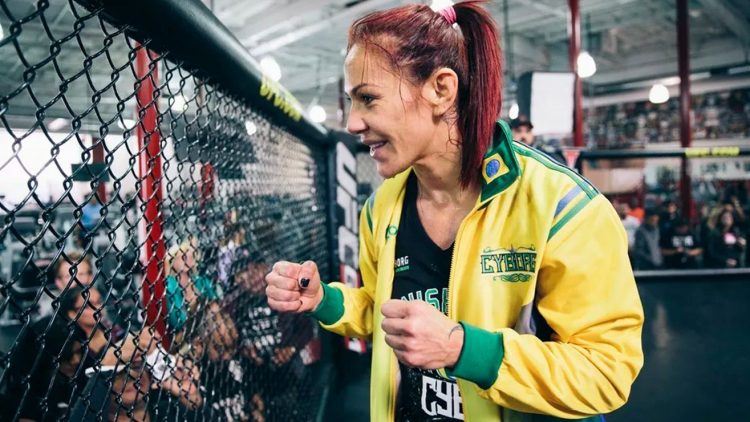 The saga of the UFC’s constantly in flux women’s featherweight division continues.

Megan Anderson is out of the scheduled title fight against Cris Cyborg at UFC 214 on July 29 in Anaheim, Calif., due to undisclosed personal reasons, MMA Fighting’s Ariel Helwani confirmed Tuesday.

Now, Cyborg will face current Invicta FC women’s bantamweight champion Tonya Evinger in the co-headliner of the card, sources confirmed. The UFC women’s 145-pound title will remain on the line. ESPN’s Brett Okamoto was the first to report the news.

The bout between Cyborg and Anderson was just announced last week, after the UFC stripped champion Germaine de Randamie of the 145-pound title, because she would not fight Cyborg. Anderson, the Invicta FC featherweight champ, was yanked from her title defense, which would have been two weeks earlier, to fight Cyborg in the co-main event of the card.

De Randamie beat Holly Holm at UFC 208 in February to win the title, in somewhat controversial fashion, hitting Holm after the bell in two rounds. De Randamie never committed to defending the belt against Cyborg, the undisputed top women’s featherweight fighter in the world, afterward.

And then she made it clear she never would. Her manager Brian Butler told MMA Fighting that de Randamie believes Cyborg is a cheater and she would not grant her a title shot. Cyborg failed a drug test for steroids in 2011 and received a retroactive therapeutic use exemption (TUE) from USADA for another test failure in December.

Last week, the UFC announced that de Randamie had been stripped and Cyborg would fight Anderson for the belt, starting the division anew. But now that, too, has been dashed, with Evinger stepping in.