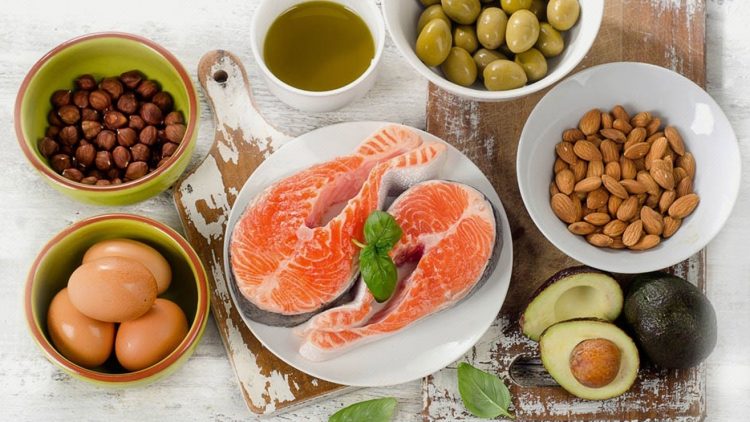 Bodybuilders often have the mistaken belief that they must take their diets to extremes to take their physiques to extremes. In the late 1980s, a zero-fat diet was thought to be the ideal way to rip up. When that was found to be unsuccessful, the high-fat diet came into vogue. In the end, most bodybuilders have learned that neither of these extreme diet philosophies leads to success on a bodybuilding stage.

Whether you want to reduce body fat or increase muscle mass, the dietary fat strategy to pursue is somewhere between these two extremes. A moderate intake of the right types of dietary fats can help build muscle and, in many cases, trim you down. In general, bodybuilders whether in a cutting or growth phase should strive to take in about 20% of their calories from fat, emphasizing the healthy sources listed below. 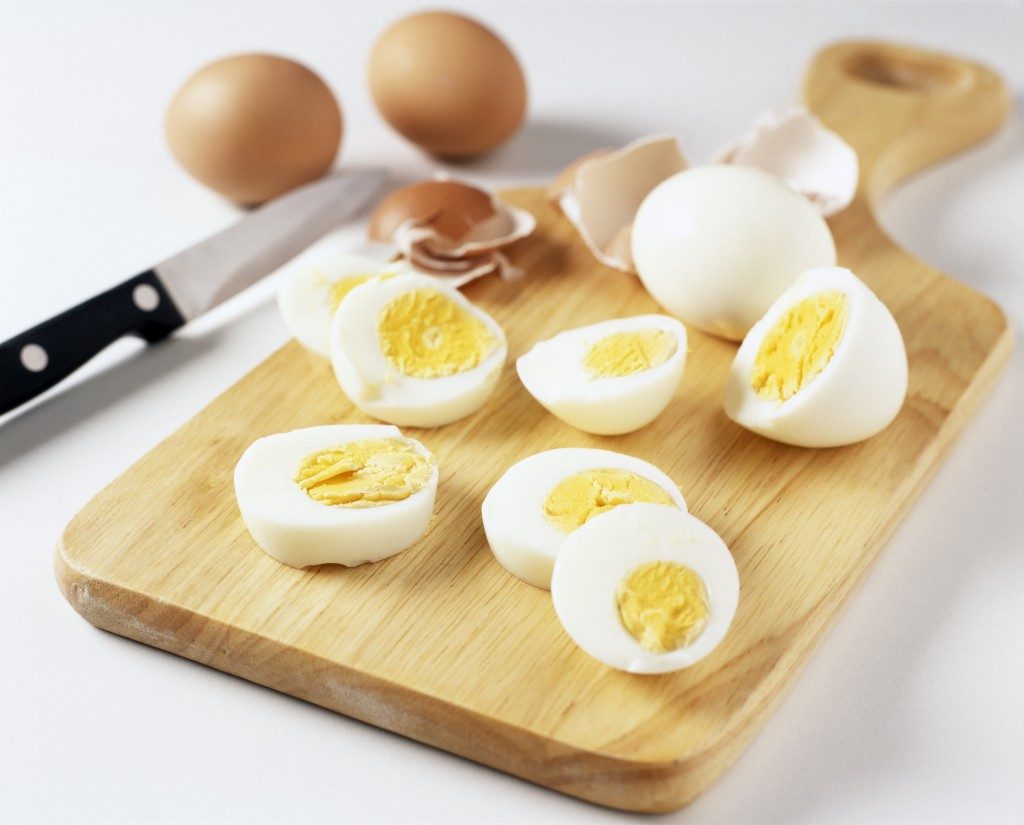 A bodybuilding 1 staple and still one of the best sources of protein, eggs are easy to digest, and they provide an excellent amino acid profile. Both the yolks and the egg whites provide protein, but the whites are more quickly digested. The yolk contains dietary fat, which slows digestion, providing a more sustained source of protein. A single egg yolk has 6 grams (g) of fat (half of it saturated), so eating six to eight yolks a day would yield too much-saturated fat for many bodybuilders. The solution is to reduce, not eliminate, the number of yolks.

For every five or six egg whites, you eat, add one yolk, not exceeding three daily. Six whites and one yolk yield 24 g of protein and 6 g of fat, much of it healthy. 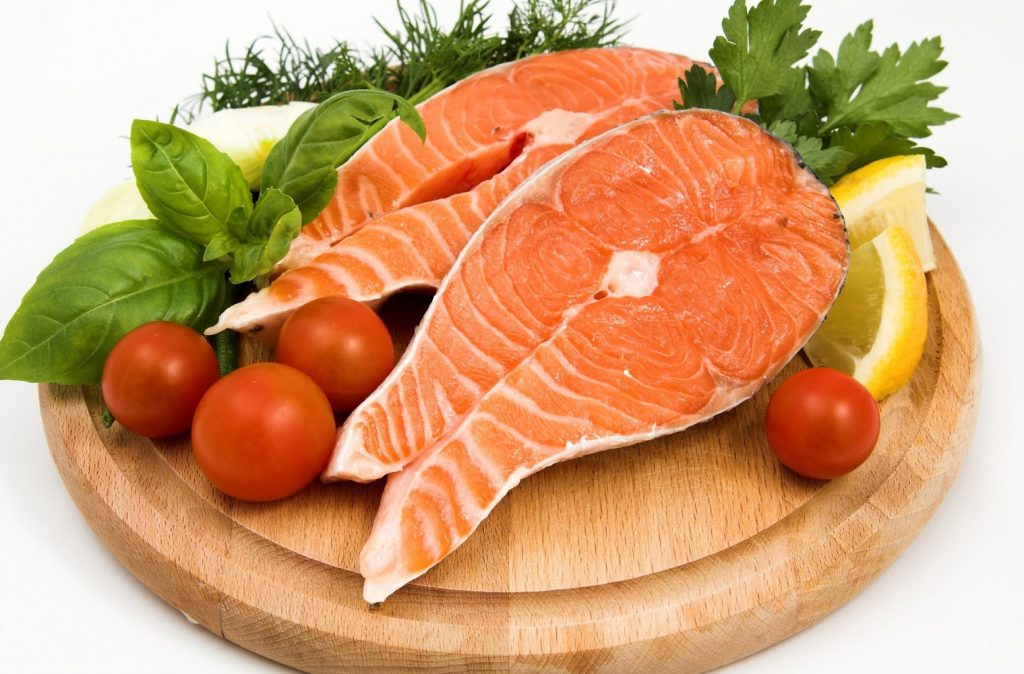 Salmon is an excellent source of omega-3 fatty acids. Omega-3s are a special type of dietary fat that help spare the loss of glutamine, thereby supporting the immune system and, indirectly, growth. They also help fight muscle inflammation and lead to enhanced glycogen storage. There’s even some indication they promote the loss of body fat and retention of muscle during dieting phases. Six ounces of salmon gives you approximately 34 g of protein and 12 g of fat. That may seem like a lot, but there’s no need to worry about this level of fat. Much of it will be used for the benefits previously listed before your body has the ability to store it as body fat. If you notice a greater increase in body fat than you might want, you’re better off expending more energy (via cardio) than reducing healthy fats too much.

Depending on body size and protein needs, mass seekers can include six to 12 ounces of salmon up to four times a week. Since omega-3s are so vital, dieters should also shoot for this four-times-per-week schedule, even if they have to eat smaller portions. 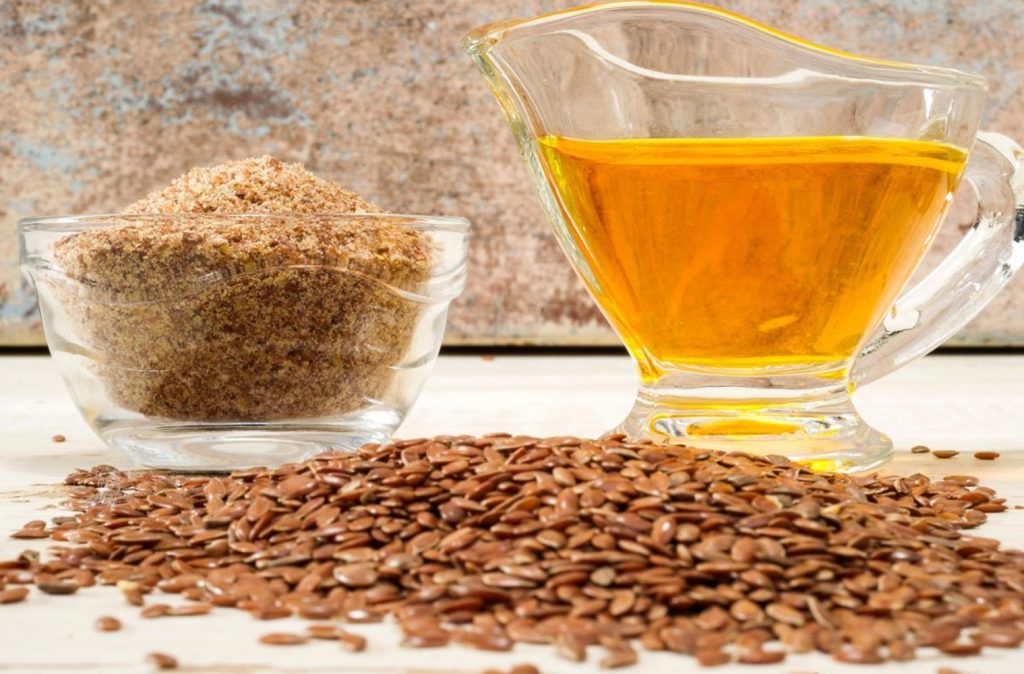 This is the best source of omega 3s, aside from fish. However, some research suggests that omega-3s from fish may be superior. Still, supplementing with flaxseed oil (or adding it to salads or protein shakes) is important because the body converts it into two compounds that are responsible for muscle-building and fat-liberating properties. The conversion process has a few limitations, so opting for supplemental fish oil and fish consumption over flaxseed might be the best way to go.

Still, Bodybuilders can benefit by taking two tablespoons of flaxseed oil a day, yielding up to 22 g of fat, while in a mass-gaining phase. Dieters can reduce dosage to one tablespoon per day. 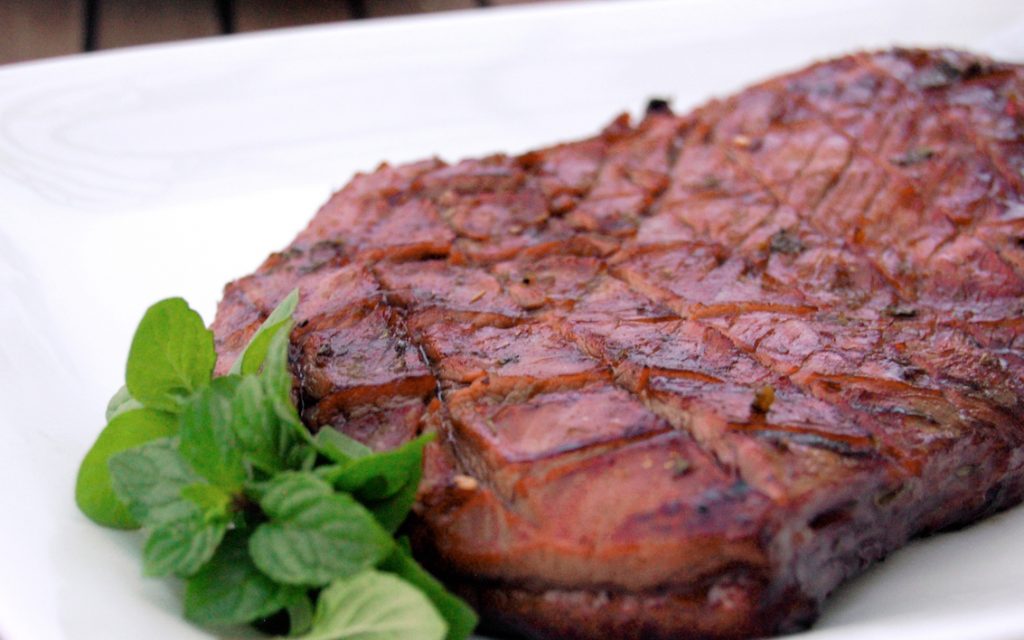 Red meat contains fats that support testosterone levels, including conjugated linoleic acid (CLA), a special fat that shows real promise in allowing the body to tap into fat stores as an energy source as well as promoting protein synthesis and muscle growth. Six ounces of a leaner cut of meat provides 32 g of protein and 9-14 g of fat. Mass seekers can eat red meat twice daily and even dieters can do the same, provided they do not consume more calories than their daily target. 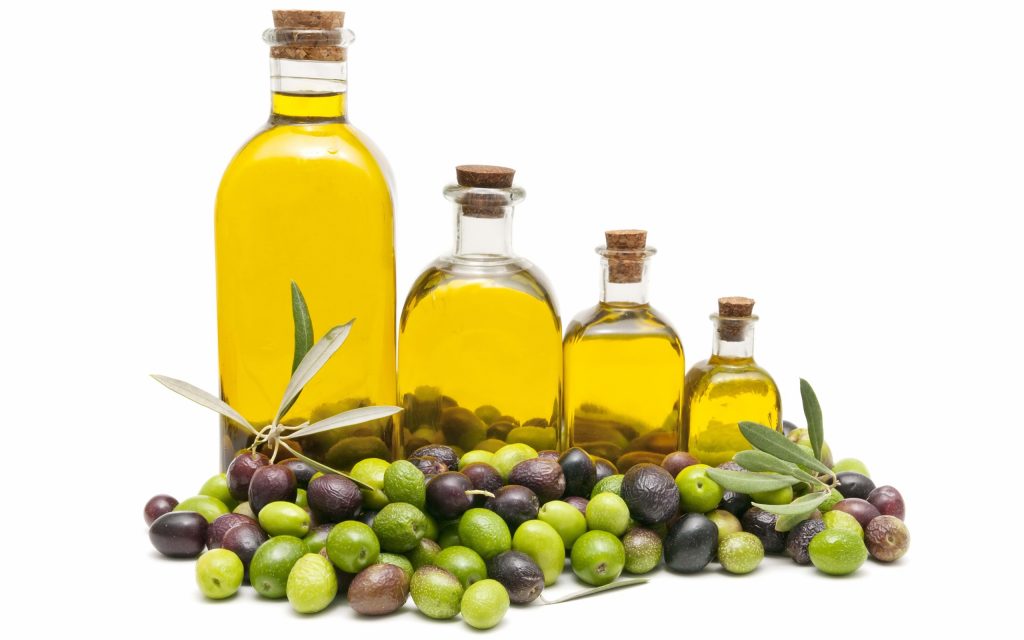 Vegetable oils contain omega-6 fatty acids, cousins to omega-3s. However, some vegetable oils are “dead” in that they have been processed to extend shelf life, and the processing appears to leave the growth-promoting and fat-burning qualities common to many oils inert. On the other hand, cold-processed oils retain the characteristics that help promote bodybuilding hormone production and blood flow to muscles, and the oils also battle inflammation. To get your requirement of omega-6 fats, simply mix your own dressing for salads and vegetables. Combine two tablespoons of cold-processed oil, 1/3 cup vinegar and two teaspoons of Mrs. Dash seasoning. You can use the entire mix daily if the mass is your goal or half of the mix if your goal is shredding. 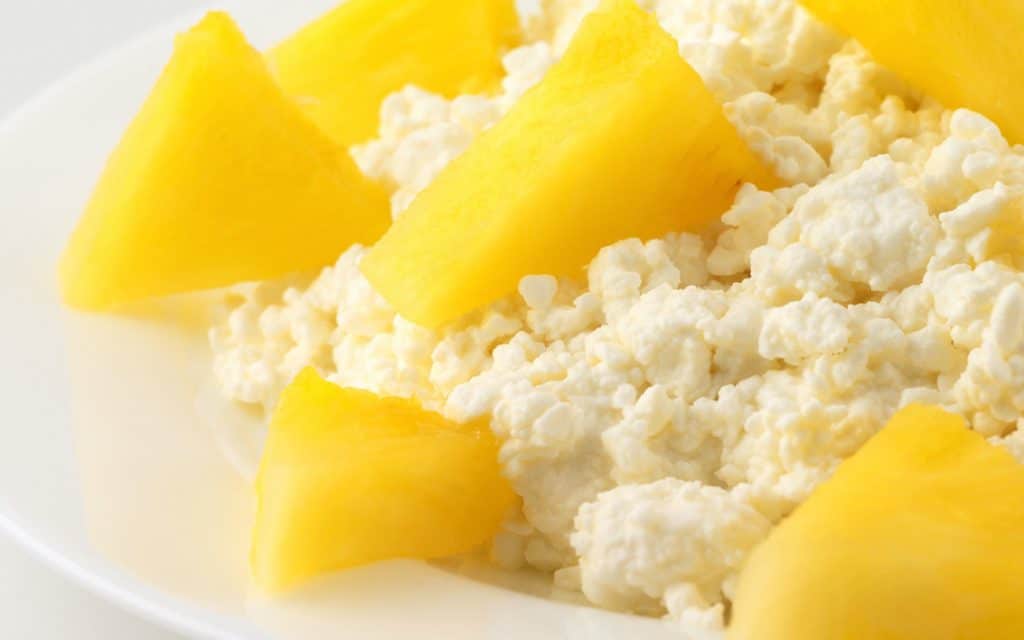 What a bum rap cheese has taken. Many myths seem to surround dairy products as a definitive fattening food–and they’re not true! Low-fat cheese contains small amounts of CLA, the fat-fighting muscle-building compound also found in red meat. Furthermore, dairy products contain many unique anabolism-promoting peptides, as well as calcium and other vitamins and minerals. Recent research has also shown the presence of calcitriol, a substance that may help bum fat during low-calorie diets.

Low-fat cheese is also excellent for its content (about 7 g per ounce) as well as its type (casein) of protein. You can’t go wrong with low-fat cheese as a mass-building staple or as a beneficial protein for a dieter. 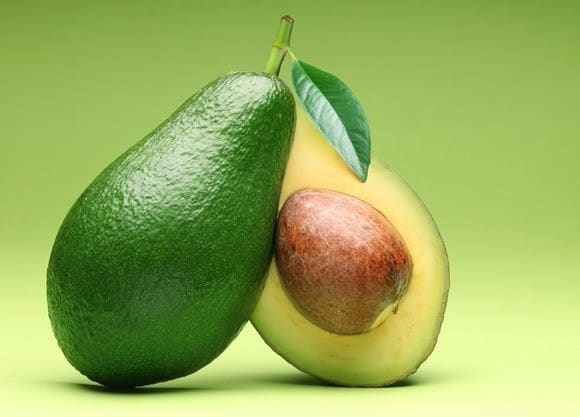 The benefits of avocados are so numerous that they’re one of the healthiest fruits you can consume. They’re rich in monounsaturated fats, which raise levels of good cholesterol while lowering the bad — talk about a double-whammy. Avocados are also packed with the benefits of vitamin E, which help prevent free radical damage, boosts immunity and acts as an anti-aging nutrient for your skin.

Plus, it’s chock-full of healthy protein; in fact, it has more than any other fruit. For pregnant women, avocado is also one of the great folate foods, as this vitamin can help reduce the risk of birth defects.

Get more avocados in your diet and try one of these avocado recipes. Or use it to cook with by adding avocado oil into your kitchen. It has a mild taste that won’t overpower dishes the way other oils might. Its high smoke point of about 520 degrees means that it’s suitable for grilling or frying. And because it isn’t solid at room temperature, it’s a tasty choice to drizzle on salads, sandwiches or veggies.

Many bodybuilders fear fatty foods, but they shouldn’t. The basics for muscle growth and keeping bodyfat within reason are calorie control and a proper provision of nutrients. Although fatty foods can be caloric, they provide nutrients that many other bodybuilding foods do not. These healthful fatty foods can be excellent choices during mass gaining cycles and, by making some adjustments in total calorie consumption, they can even be a crucial part of a cutting cycle.

If you want to provide your body with all it needs to stay anabolic and keep bodyfat in check, you should make certain you’re taking in the proper balance of all the fatty foods you need.

Pre-workouts are one of the most popular supplements. They can turn a polite and feeble Bruce Banner into the Incredible...