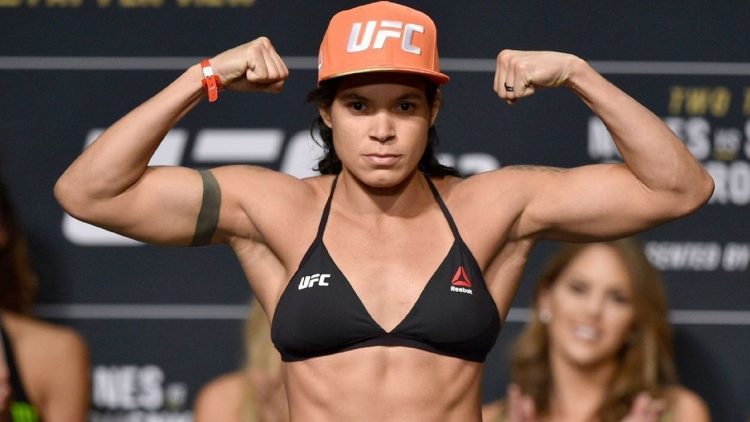 The UFC women’s bantamweight title bout Saturday between champion Amanda Nunes and Valentina Shevchenko has been canceled only hours before it was to go off after Nunes was hospitalized with an undisclosed ailment. The fight was scheduled to be the headliner of the UFC 213 card in Las Vegas.

UFC official statement is @Amanda_Leoa is off card due to "illness."

According to TMZ Sports, Nunes went to the hospital both Friday and Saturday, though doctors found nothing wrong and cleared her to fight. Nevertheless, she pulled out of Saturday night’s fight and it’s too late for UFC to find a replacement fighter, even though UFC honcho Dana White told Lance Pugmire of the Los Angeles Times that unbeaten strawweight champion Joanna Jedrzejczyk spent Saturday “begging me for the fight.”

“Gangster,” White told Pugmire of Jedrzejczyk’s request. “Impossible, [but] trust me, I would love to.”

As for why exactly Nunes asked out of the fight:

Told by @danawhite that "the doctor cleared her to fight…she said she doesn't feel good. It is what it is. You can't make anyone fight."

The interim men’s middleweight championship bout between Yoel Romero and Robert Whittaker will serve as the UFC 213 headline bout in the absence of Nunes-Shevchenko. The new co-main event will be a heavyweight bout between former champion Fabricio Werdum and Alistair Overeem. A bantamweight fight between Rob Font and Douglas Silva de Andrade will move to the main pay-per-view card.

On Wednesday, Nunes tweeted out a photo and said “everything ready.”

But Nunes struck an ominous note at the weigh-in on Friday.

Here's a shot of Amanda yesterday. I know she exhaled and said something like "Thank God" when she hit 135. pic.twitter.com/mPLJj44DEO

Nunes has won five straight bouts, including a decision over Shevchenko at UFC 196 in March 2016. She then won the UFC belt from Miesha Tate via submission four months later in a fight that became the headliner of UFC 200 only after Jon Jones was pulled from the card for failing a pre-fight drug test. Nunes then defended her crown against Ronda Rousey in December, scoring a TKO win in just 48 seconds.

As required by Nevada Athletic Commission rules, UFC 213 ticket holders can request a full refund now that the main event has fallen off the card.

Conor McGregor Posts ‘If he dies. He dies:’ Video of Cardio Training for Floyd Mayweather