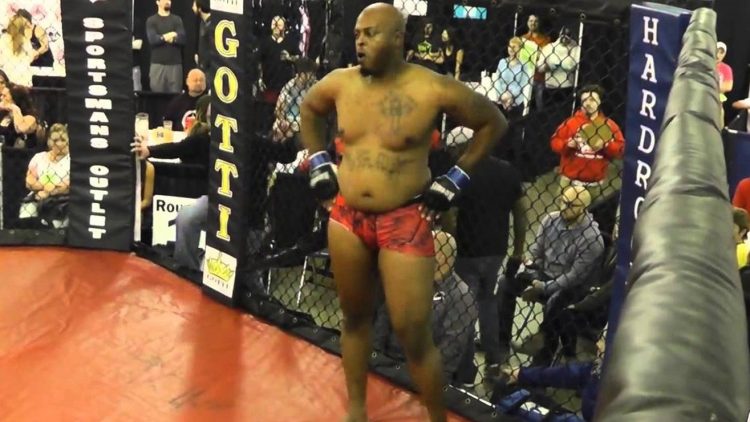 A heavyweight MMA fighter has died after collapsing following his first bout for more than a year.

Donshay White was competing in Hardrock MMA 90 in Kentucky where he lost in his clash against Ricky Muse.

Referee Gary Copeland stepped in to stop the fight two minutes 22 seconds into the second round after White failed to halt a number of heavy blows.

The 37-year-old was responsive in the immediate aftermath of the stoppage, but took a turn for the worse and required medical attention in the ring.

He made his own way backstage, but “collapsed and became unresponsive”, according to martial arts news-site Bluegrass MMA.

Donshay White has died aged 37, here he is in earlier MMA action

After receiving CPR, he was transported to KentuckyOne Health Sts. Mary & Elizabeth Hospital where he later died.

The cause of death is not known at this time.

It was his first fight back since November 2015, where he knocked out Joe Johnson Jnr in round one at Hardrock MMA 76.

Hague stepped in at short notice to take on Adam Braidwood at the Shaw Conference Centre in Edmonton in June.

But in the second round, he was floored, with his head bouncing off the canvas. It was discovered he suffered a brain injury that he failed to recover from.