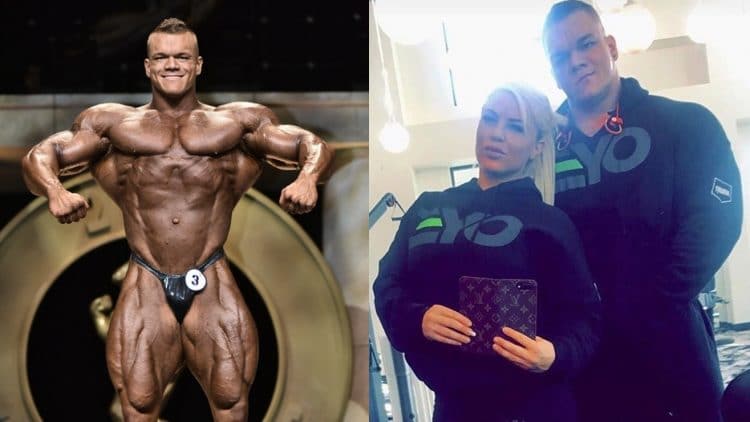 WWE superstar Dana Brooke McCarver’s girlfriend told TMZ, the 26-year-old McCarver was found unconscious Monday evening by a friend at his home shortly after they spoke on the phone.

Dana says McCarver told her he was about to make dinner and the last thing he said to her was, “I love you. Goodbye.”

Dana Brooke says the cause of death is believed to be choking on food and she is being told there are no signs of foul play and it does not appear McCarver was trying to harm himself.

On Monday earlier McCarver had worked out in the gym and seemed to be doing just fine … no signs of any medical or health problem while hitting a chest press with 160 lbs dumbbells.

This video clip was posted 20 hours ago.

Brooke tells McCarver’s fans is to stay strong!!!  that’s what he would want.

We at FitnessVolt.com sends our thoughts and prayers to the McCarver family, Dana Brooke, their friends, relatives and all the fans.

It was two years ago today, when the bodybuilding world lost Dallas McCarver. On the anniversary of his passing, he...

On the anniversary of Dallas McCarver passing 212 Champ pushes himself to the limit. The 6-times 212 champ Flex Lewis and...