Bodybuilding coach Hany Rambod had choice words for anyone abusing steroids year-round: "you cannot sit there and take gear perpetually and think that it's going to be okay." 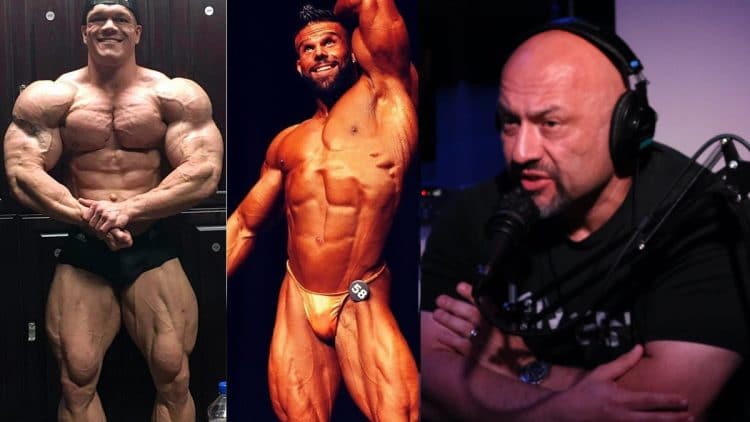 Recognized for his cerebral approach to the sport, coach Hany Rambod understands the intricacies of bodybuilding relating to training, cycling, and diet. In a recent YouTube video, Rambod echoed the community’s concern with bodybuilders dying young as a result of steroid use.

Hany Rambod is a well-respected coach having guided a number of high-profile athletes on some of bodybuilding’s finest stages. Rambod is currently training reigning 212 Olympia champion Derek Lunsford and has a proven track record of coaching some of the best bodybuilders to emerge in the sport. During his time as a coach, Rambod also helped sculpt elite-level talent like seven-time Mr. Olympia Phil “The Gift” Heath and the incredibly consistent Hadi Choopan.

Instead of discussing training methods, Rambod tackled some more serious issues during a recent Q and A. There have been an alarming number of bodybuilders dying lately, and some at a young age. Before 2021 concluded, a rash of high-profile athletes tragically died. Former Mr. Olympia Shawn Rhoden passed away from heart issues last year, and George “Da Bull” Peterson died just days before competing at Mr. Olympia. One person that caused an uproar was 29-year-old Bostin Loyd, who tragically passed away in March from suspected heart problems. However, Loyd was just the tip of the iceberg.

Making matters worse, the bodybuilding community was shell-shocked by the passing of Cedric McMillan at 46. His death prompted the sporting community to begin addressing harmful drugs that appear to be playing a role in this concerning trend. Coach Rambod, who trained the late Dallas “Big Country” McCarver believes athletes are carrying too much size and hurting themselves from not taking a break from cycling.

On a recent episode of The Truth podcast with Hany Rambod, the decorated coach answered a Q and A segment, determined to ‘stop the madness’ in bodybuilding.

Rambod used Bostin Loyd as a prime example of bodybuilders dying too young. While athletes in the past had problems in their fifties or sixties, Rambod warns that if gear use continues year-round, bodybuilders are putting their health in harm’s way.

“People really need to understand that these are short term fixes and that’s all it is. You cannot sit there and take gear perpetually and think that it’s going to be okay. It’s not. You’re going to have long-term health consequences that could be in the very short-term majorly catastrophic health consequences. People used to have problems when they were in their fifties and sixties, and they’ve been geared up for a long time and they didn’t take care of their blood pressure, didn’t take care of all these other issues and end up having a heart attack and passing away in their fifties or sixties.

Now, you got guys in their 20s that are passing away! How old was Bostin Loyd? I think he was 29 years old and he’s another guy from the bay area. “At the end of the day, the kid just abused. It’s one of those things like, I think he was doing videos.” Hany Rambod said.

Rambod isn’t completely against the use of steroids but is adamant that people between the ages of 22-24 should wait a little longer until their body is more mature.

“Look. If you’re listening to this podcast, and you’re thinking of contemplating taking drugs. You should really consider the consequences. Turn around and say, how old am I? Do I want to work within my genetic potential? If so, let me wait until I’m in my mid 20’s before I gear up. If that’s something you decide to do when you’re 22, 23, 24…then you should do it. Then, you’re a little bit more mature.”

According to Rambod, he’s not just addressing the misuse of Trenbolone and steroids but the newer peptides that have saturated the PED market.

“This isn’t just for Trenbolone, steroids, I’m talking about when it comes to anything. Even when it comes to these peptides now, they’re big. SARMS and shit. All this stuff. When you’re older, you’re going to be older and a little more wiser and you’re going to be able to make better decisions when as you become older. But when you’re young and you’re doing these types of things, you just haphazardly don’t think about the consequences and the repercussions of your actions.” Rambod added.

Rambod on Training the late Dallas McCarver: ‘When He Passed Away He Was 345-pounds’

Rambod is fed up with bodybuilders dying, especially when size is a contributing factor. The decorated coach revealed that, at the time of his death, Dallas McCarver was tipping the scales at 345-pounds. Three months after his passing, autopsy findings showed that McCarver’s heart was three times the size of a normal heart.

“Honestly, I’ve had it. I’ve fuc**n had it. I don’t even swear this much on my podcast, because I’m always filtering myself. I’m not filtering myself anymore because I’m tired of the bullshit. It’s bullshit because everybody is just trying to come up with excuses because they just want to find an easy way. Again, I worked with Dallas McCarver. You guys ready for me to talk about Dallas? Because no, you guys are not ready for it.”

“I worked with Dallas when he was only 255-pounds on stage. So, at the end of the day, when he passed away, the week he passed away he was 345-pounds. I wouldn’t let him get over 280-285. Again, he’s six foot plus. It’s one of those things, you got to try to stay within the confines of a certain thing. Rambod says. At the end of the day, what I really see now is just bigger is better and pushing the extreme and doing it as quickly as possible and all these things.”

Rambod says bodybuilders need to cycle off steroids from time to time and added that ‘the rides gotta stop.’

RELATED: Hany Rambod on Lunsford’s Move to Open: ‘It’s Definitely Something We Are Having to Consider’

Despite his contentious issues with the sport, Rambod is drawing attention to problems that need to be discussed further. In the wake of numerous bodybuilding deaths, Rambod believes ‘pushing the extreme’ is coming at a ridiculously high cost nowadays.