The whole bodybuilding community is still reeling after the tragic loss of Dallas McCarver and Rich Piana.

This past month has been especially rough for Josh Lenartowicz. Josh, a top Olympia hopeful from Australia is heading into this year’s Olympia with the heaviest of hearts, losing his good friend Dallas McCarver.

Josh winner of Tampa Pro 2017 came to the United States to be stress-free and train with his close friend Dallas McCarver for Mr. Olympia 2017. Everything was going well until the tragedy struck.

Josh was the one who found Dallas McCarver face down on the floor after coming back from his cardio session. He tried everything possible to revive Dallas, but it was already too late. The worst day ever for Josh.

Moving forward, Josh was uncertain if he going to compete at the 2017 Mr. Olympia after the tragic event… but after discussing with his family and friends he decides to “do it for Dallas” and teamed up with Dallas McCarver’s Coach Matt Jansen to continue his training for the Mr. Olympia.

In a recent interview with Dave Palumbo, Josh Lenartowicz revealed all the details of what actually happened with Dallas McCarver and his future plans with Matt Jansen.

Josh also clarify about the 911 call and what he said during his phone call trying to save Dallas.

Lenartowicz said that he had to be honest with the paramedics to try to save the life of Dallas.

Matt talked about how his relationship with Dallas hit a low point when he started training with another coach Chad Nicholls. But Dallas and Matt started to work together again, after the fainting incident at the 2017 Arnold Classic Australia.

The highlight of the interview was when Matt talked about Shawn Ray (at 21:00). Matt did say there are a time and place for certain comments to be said and that Shawn can be a bit harsh, moments later Josh Lenartowicz said he is happy Shawn is without a microphone, referring to him leaving Muscular Development.

Matt says he agrees with Shawn Ray 100% on his comments towards Dallas McCarver when he posed in front of JM Manion.

“There Is More To Dallas McCarver’s Death Than Choking”

“Dallas really looked up to Ronnie Coleman and Ronnie’s comments about his death made him (Josh) lose all respect for him.”

He continued, everybody should be like 8X Mr. Olympia Lee Haney as he is a true role model.

Josh said he has great respect for the former champions of the sport, but he wishes that they should stop being so negative on their criticism of all the present bodybuilders.

Check out the above full interview and let us know what you think in the comments below. 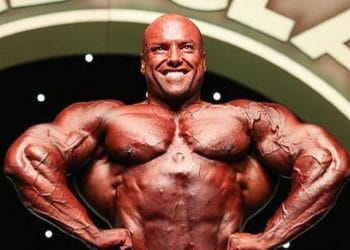 Around a year ago, shocking news came out that Josh Lenartowicz had a brain tumor, and was in a coma.... 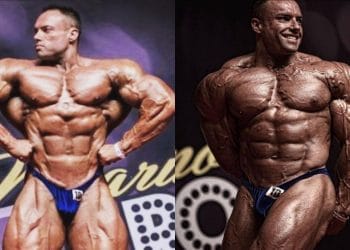 Josh Lenartowicz had an intense health scare that put him on the sidelines to close out 2019. However he is... 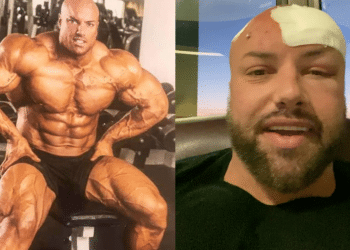 Josh Lenartowicz was notified that he had a brain tumor a couple of months ago. Now he is forced to... 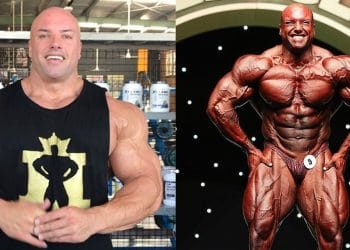 Josh Lenartowicz was expected to make an appearance at the 2019 Mr. Olympia, in just over a week. However, speaking...