No Result
View All Result
BodybuildingOpinion

These bodybuilding coaches are nothing less than magicians. 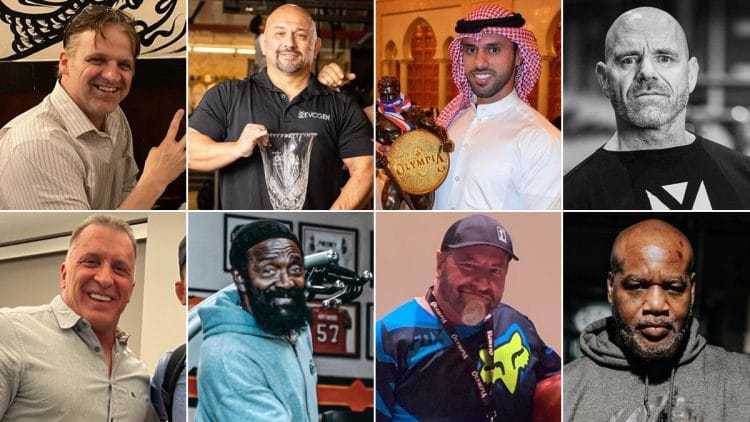 Phil Heath, Jay Cutler, Dexter Jackson, Shaun Clarida, and Terrence Ruffin, apart from being the best at what they do, what do you think these bodybuilders have in common? All of them acknowledge the role of their bodybuilding coaches in their success.

Most people consider bodybuilding a solo sport. However, it is not the case. Almost no bodybuilder has won the coveted Mr. Olympia title without a trainer, dietitian, or someone giving them a “second opinion.”

Prepping for a bodybuilding show can be overwhelming. Athletes have to manage their training, nutrition, and recovery programs while maintaining aesthetics and symmetry.

If this wasn’t enough, bodybuilding is a subjective game, meaning — unlike football or baseball, there are no goals or home runs to determine a winner in bodybuilding.

In the IFBB Pro League, bodybuilders are judged on their conditioning, symmetry, size, and posing routines. However, each judge might score the same bodybuilder differently depending on what appeals to them. A top-level coach can help an athlete improve their physique after taking input from the jury.

Addressing the elephant in the room — Besides balancing the holy trifecta (training, nutrition, and recovery), pro bodybuilding coaches also help their clients with gear. It’s no surprise that trainers are also called chemists in bodybuilding circles.

10 Best Bodybuilding Coaches You Should Know About

Usually, bodybuilding coaches are unsung heroes that work behind the scenes to help get an athlete in the best shape of their lives. However, this trend is changing, and some bodybuilding gurus are gaining celebrity status.

An experienced coach can be a game-changer for an athlete. Through this article, we want to appreciate all the trainers putting in the work without caring for recognition or fame.

Note — We primarily focused on the Men’s divisions for this list.

Al Otaibi is the king of transformations. He is the coach of the 2019 Mr. Olympia and 2019 and 2022 Arnold Classic USA champ, Brandon Curry. Per Curry, he first met Al Otaibi at the 2016 Olympia Weekend and instantly connected with him.

The 2019 Mr. O champ was so impressed with the Kuwaiti coach that he traveled 11,000 miles on a 15-hour continuous flight from Nashville, Tennessee, to train at the Oxygen Gym in Kuwait.

Unlike his trainer peers, Otaibi doesn’t shy away from criticizing inconsistent judging practices or taking shots at other competitors in defense of his clients. He didn’t hold back from expressing his displeasure with Curry’s second-place finish behind Big Ramy at the 2021 Olympia.

“I knew he [Curry] had the potential and genetics to be Mr. Olympia one day. That’s what I felt when I saw him, even though at that time he wasn’t anywhere near half his best. I have a good sense of recognizing talents, and I know what I bring to the table to maximize these talents. That’s what made me want to work with him.”

Nicholls is one of the most sought-after coaches. He worked with Ronnie Coleman to help him get his record eight Mr. Olympia title wins. At the time of this article’s publication, he is working with the reigning Mr. Olympia champ, Big Ramy, and 2022 Boston Pro champ, William Bonac.

Bonac’s diced physique at the 2022 Arnold Classic and Boston Pro Show after a humble sixth-place finish at the 2021 Olympia can be credited to Nicholls.

Notably, Nicholls was surrounded by controversy when Shawn Ray blamed him for the deaths of his five clients, including Don Youngblood, Nasser El Sonbaty, and Dallas McCarver. However, Nicholls denies Ray’s claims.

Matt Jansen is the youngest coach on this list. He started gaining traction as a coach when three of his clients Justin Compton, Nathan De Asha, and the late Dallas McCarver, showed major improvements in their physiques and as a result, in their placings in contests. Plus, Jansen was behind Nick Walker’s 2021 New York Pro and Arnold Classic wins.

Jansen’s current clientele includes the former 212 Olympia champ Shaun Clarida, Charles Griffen, and Brett Wilkin. Each of his client’s superb performances in pro shows is proof that Jansen is on his way to becoming one of the best bodybuilding coaches in the game.

Popularly known as Hypertrophy Coach, Bennett trains Terrence Ruffin who will be stepping on stage at the 2022 Mr. Olympia, scheduled for Dec 15-18 in Las Vegas, NV., to dethrone Chris Bumstead to win his first Olympia Classic Physique Olympia.

Joe Bennet worked with former WWE superstar Dave Bautista for his physique transformation for the role of Drax the Destroyer in Marvel’s Guardians of the Galaxy franchise.

Bennett is a regular on Ruffin’s YouTube channel and can be seen guiding the Classic Physique titan through his workouts using his muscle hypertrophy-inducing training techniques.

Nicknamed The Pro Creator, Hany Rambod has been crafting championship-winning physiques for over 20 years. Rambod is the Creator of the FST-7 training system and the founder and CEO of Evogen Nutrition. His clients have won a total of 19 Mr. Olympia titles.

Rate Card — Although Rambod is not taking up one-on-one virtual/online coaching at the time of this article’s publication, he has an app that costs $24.99 monthly or $199.99 yearly, which gives you access to an FST-7 training and diet program. Both plans include a monthly group QnA call with the Pro Creator.

Check Out: Hany Rambod: Hadi Choopan Had ‘Most Complete’ Physique At 2021 Olympia

Glass is a former Olympian and now spends most of his days in the Mecca of bodybuilding, Gold’s Gym, Venice Beach, coaching bodybuilders. He steps into Gold’s Gym at 4 am every day and is amongst the last to leave.

The Godfather of Bodybuilding is known for his innovative training techniques. Plus, Glass’ Instagram is a goldmine of exercise tips and techniques.

Rate Card — Per NYTimes.com, Charles Glass charges $225 per hour for an in-person training session at mecca Gold’s Gym. Furthmore, he has an online training program that costs his clients $19.47 monthly and $175.23 yearly.

Hill was a very successful IFBB Pro Bodybuilder. His journey as a competitive bodybuilder was cut short because of a hereditary knee defect exacerbated by years of swimming at an international level. Over time, the knee issue became so restrictive that Neil decided to step away from his competitive bodybuilding career.

Related: Video: Neil Hill Responds To William Bonac: ‘Our Relationship Is Over!’

Sarcev is a former Serbian IFBB professional bodybuilder. His most notable achievement was winning the 1989 Mr. Universe and taking first place twice in the Mr. Yugoslavia contest.

Milos Sarcev is a big proponent of the Hyperemia Advantage System Theory, an idea he claims his own. The theory includes saturating the muscles with predigested anabolic/anti-catabolic nutrients such as amino acids, creatine, glutamine, beta-alanine, citrulline, and more.

The 58 years old former bodybuilder is still in great shape and counts Regan Grimes, Logan Franklin, and Samson Dauda as his clients.

Check out: Milos Sarcev’s Biggest Regret from Bodybuilding Career: “Using The Synthol In My Arms”

Chris “The Real Deal” Cormier is an IFBB pro bodybuilder and ranks among the best professional bodybuilders of all time. He competed in 70 pro shows, taking the overall title in eleven and placing in the top five 52 times.

Cormier is currently working with Breon Ansley, who will be competing for the final time in the Classic Physique division at the 2022 Olympia, and Nathan De Asha, who is recovering from a bicep injury.

“From day one, my goal was to build a balanced, proportionate physique,” explains Cormier while talking about working towards his dream physique. “To me, aesthetics — symmetry, detail, and shape are the very definition of bodybuilding.”

Related: Coach Chris Aceto ‘Not Surprised’ By Shawn Rhoden Death: ‘The Entire Industry Turned Its Back’

How much do top IFBB pro bodybuilding coaches charge?

Depending on the bodybuilder and his status, a top IFBB pro coach might charge anywhere between $350 per hour to $4,000-4,500 for six months.

Who are the top coaches in bodybuilding contest prep?

The list above mentions the nine best IFBB pro bodybuilding coaches. However, if you’re starting exercising, you don’t need a top-of-the-line pro coach. You’d be better off finding a local trainer with a proven track record.

Can anyone hire the best IFBB Pro coaches?

While some coaches like Charles Glass might work with you if you book them for a training session, it’s unlikely that someone like Hany Rambod would spare time for a one-on-one training session unless you are an accomplished bodybuilder.

Do bodybuilding coaches teach you about steroid use?

Competitive bodybuilding is hard, and succeeding at it in pro circles is near impossible without a qualified bodybuilding coach. If you’re looking for a bodybuilding guru, you cannot go wrong with any of the trainers mentioned in the article, given they are willing to accept you.

On the other hand, if you are a beginner or an intermediate lifter and have no plans of turning pro, you don’t need the services of an IFBB pro coach. A trainer with a proven track record is all you need to see meaningful progress.

2022 Musclecontest Sao Paulo is an Olympia qualifier, which was held on Saturday, May 21st in Sao Paulo, Brazil. The...