Floyd Mayweather: I Carried Conor McGregor Through Our Fight For The Fans

Many people were pretty impressed after Conor McGregor managed to make it all the way to the 10th round of his boxing match with pound for pound great Floyd Mayweather.

Now, four months after Mayweather knocked out McGregor, the future Hall of Fame boxer had a secret to spill. While vacationing in China, Mayweather posted a video saying what many already believed to be true: that he ‘carried’ McGregor to make the fight palatable to the more than 4 million people who ordered the PPV card.

The UFC lightweight champion had begun the bout by looking to overwhelm his opponent with his output, throwing some fast, powerful combinations in hopes that he would be able to put away the boxing legend early.

Even though Conor never had Mayweather in trouble, most expected the boxing legend to obliterate McGregor. Instead, Conor held his own and looked competent in the ring up until his gas tank betrayed him and Mayweather began to power forward, ultimately taking McGregor into the tenth round where he would TKO the fatiguing fighter along the ropes.

But there were some who believed they would see Mayweather destroy McGregor in the first couple of rounds, and Mayweather was just toying with McGregor for the majority of the fight. 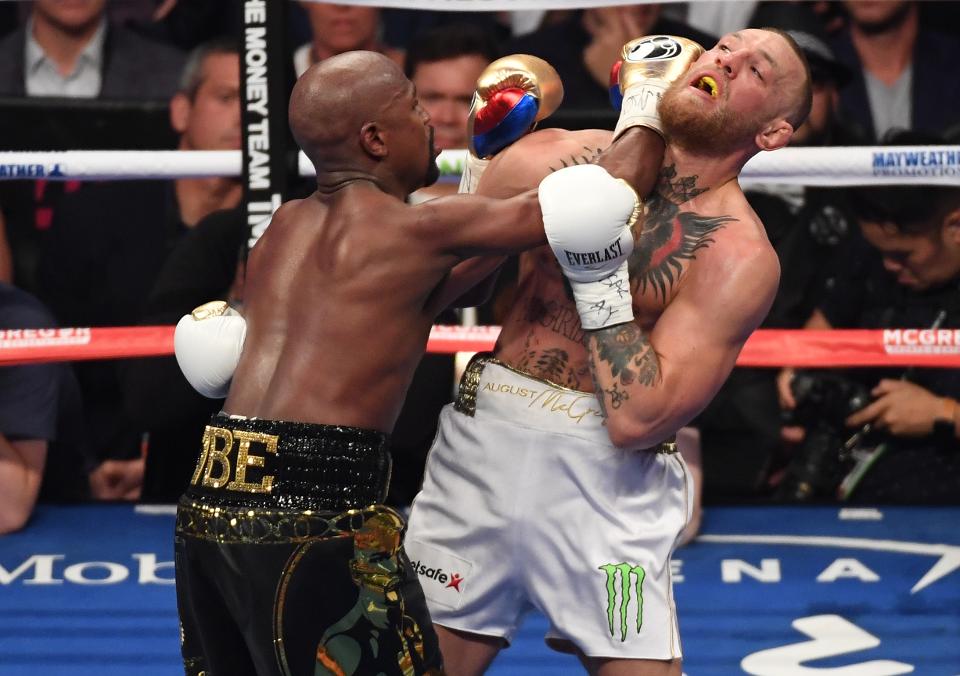 Now Floyd is adding his voice to that theory in a new video posted on social media:

The comments came after he threw shade at boxing legend Oscar De La Hoya for trying to get his own fight with McGregor.

“When Oscar de la Hoya, the same one that was talking about me fighting Conor McGregor, he was trying to protest and stop the fight!” Mayweather said.

“Everybody try to protest the Mayweather McGregor fight. But I’m gonna tell you all the truth. You know I carried McGregor? You know I made it look good for y’all?”

There’s been some interesting footage of Mayweather back in the gym, looking strong and quick to pull the trigger as he always has, leading many fans to speculate that he may be looking for one last fight in an attempt to add one more scalp to his incredible record of 50 wins and 0 losses.

Do you think we’ll see Mayweather back in the ring again?