UFC heavyweight bruiser, Mark Hunt, is tired of being treated like shit as an independent contractor signed to the world’s largest mixed martial arts (MMA) promotion.

The ‘Super Samoan’ has been vociferously displeased with the UFC from day one. Hunt and the UFC got off on the wrong foot when the promotion attempted to buy out Hunt’s Pride contract, rather than giving him a shot in the Octagon.

Hunt’s squabbles with the UFC date back to at least his fight with Brock Lesnar at UFC 200 he has done everything short of challenging Dana White to a bare-knuckle street fight, blasting the UFC President on Instagram and pretty much every available media outlet while simultaneously threatening to sue the UFC on top of the lawsuit he already filed against them. 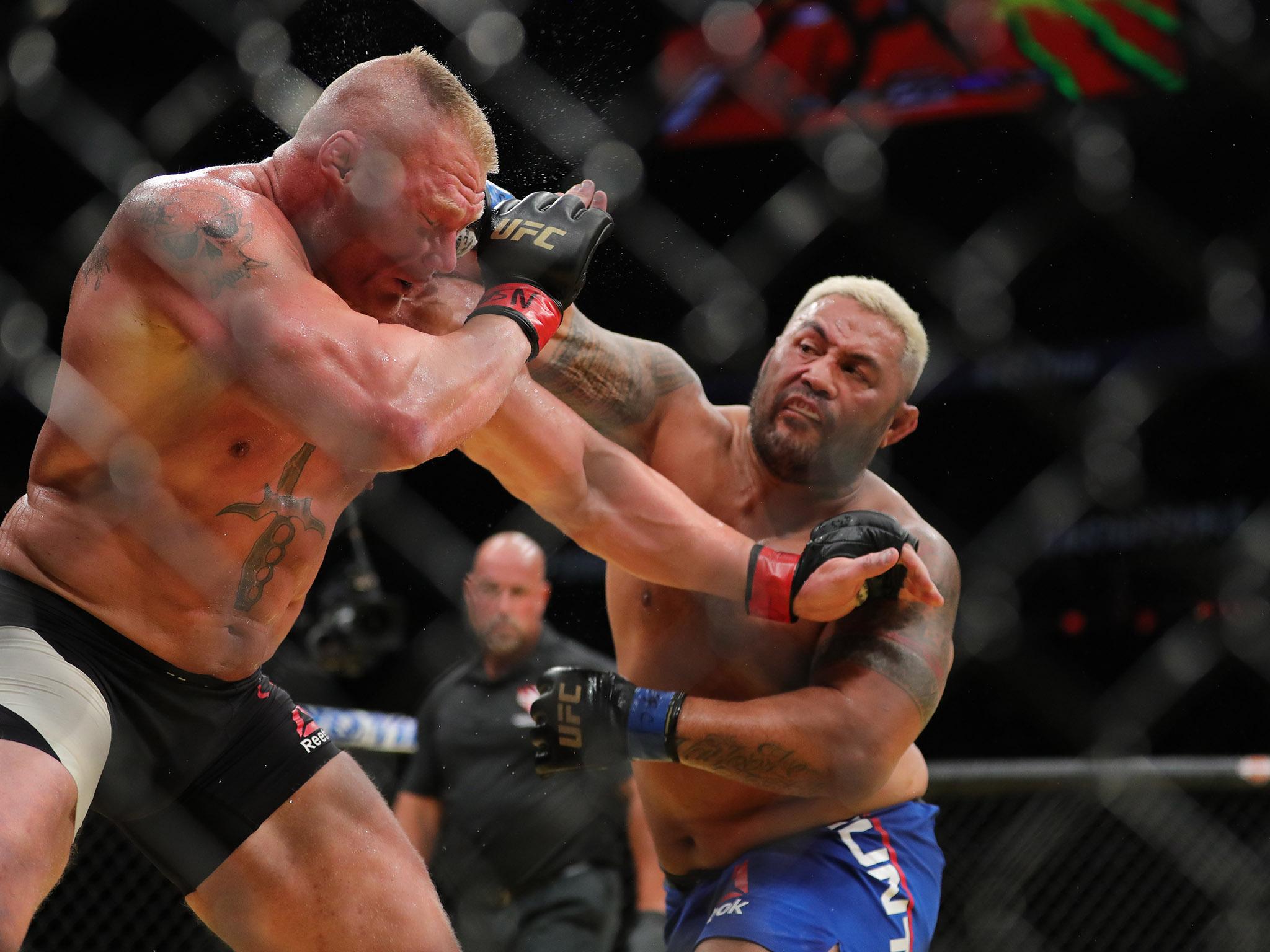 Most recently promotion’s decision to remove Hunt from a headlining bout against Marcin Tybura over CTE concerns have only piled on to his feelings of ill-treatment.

Because of all that, Hunt recently revealed in an interview with Submission Radio, this may be his last UFC contract, even if it’s not the end of his MMA career.

“Well, I got it wrong the first time,” Hunt said in reference to the announcement of his fight with Curtis Blaydes. “I posted up (a picture of) another guy, put him up, but it was the wrong guy. Look, at the end of the day I don’t know nothing about Blaydes or whatever it is. He’s number nine and I’m five. I was hoping for someone higher, the only one available was Werdum, but he’s a chicken bitch and I’ll get him later on down the line. We’ll get that number nine and put him away, so hopefully the UFC can give me someone higher instead of giving me someone beneath me. So, it is what it is. I just gotta keep ticking the boxes and just moving ahead with the career. Three fights left, this will be one of them, I got two left and then see you later.”

“Well, for the UFC, yeah,” Hunt elaborated. “That will be the end of my career in the UFC. I have two fights left and that’s it. You probably know the path I’ve had with the UFC, but you know, it’s business. I haven’t done nothing wrong, I just don’t like to be treated like shit – even if I’m an employee or whatever and I speak my mind about it and, you know, I’ll go from there. So like I said, three fights left and I’ll move on.”

Looks like a smart move for Hunt, both in terms of available competition and the more basic reason of his mental sanity. At 43-years old, the aging slugger doesn’t have much time to get it done.

As for where he might end up next? Hunt is apparently looking at organizations like Bellator and Rizin. An opportunity to continue fighting around the world, while representing New Zealand and Australia.