The reigning and defending World’s Strongest Man, Eddie Hall, is quite the searched commodity these days. Eddie has been “strongman” famous for years now, but he hasn’t really been “famous” famous. All that started to change about two years ago when he became the first person on the planet to successfully deadlift 500 kg. Upon achieving that goal, he set his sights on an even bigger goal. Somehow beating the fierce Strongman competition and becoming the World’s Strongest Man contest winner. Well, in summer of 2017 news got out that Eddie Hall managed to beat the stacked list of competitors and become the World’s Strongest Man.

Keeping Up With The Hall’s

If you even read an interview with The Beast, you would know that winning WSM was his childhood dream and he sacrificed everything in his life to accomplish it. Now that he has reached his childhood dream, he’s looking at some other options. What other options you ask? Well in a recent interview Eddie discusses a variety of options! (Scroll down for the full video interview) He claims that tv shows from around the world are fighting tooth and nail to get a hold of the Strongest Brit alive. Then there’s a potential reality tv deal in the style of the once super popular reality Tv show called The Osbournes. As I wrote that sentence I quickly realized most people have never heard of the show, so let me save you the google search. The Osbournes were Keeping Up With The Kardashians but with Ozzy Osbourne’s family and no one had to release a sex tape to get a tv show. Ozzy just had to do a ton of drugs for thirty years and make bitchin metal music. 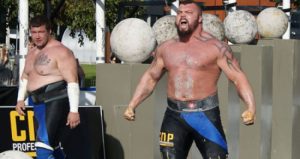 Eddie mentioned that once his sponsorship deal that keeps him contractually obligated to compete in Strongman until 2019, he would like to get shredded. Like six pack ripped abs, cut physique…the whole shebang. Can you imagine seeing Eddie Hall who walks at around 190kg cut down to 130 kg of pure muscle? That sounds frightening and interesting at the same time.

Sometime after setting the deadlift world records Eddie kinda toyed with the idea of lifting it again or even lifting an even heavier weight. However, nowadays, when the dust has settled Eddie is feeling a bit skeptic about attacking the mind-numbing deadlift world record. Here’s what The Beast had to say about it;

“…you see the 500 kg deadlift was the most dangerous thing I”ve ever done in my life(….)the REPERCUSSIONS were bleeding out of my eyes, my ears, my nose(….) I lost my sight for a few days after (….) to go and do that again, unless there’s, literally millions of pounds on the table, I’m not gonna bother.”

You really can’t blame him for not wanting to go through all that hell again. Doing it just once was a feat worthy of marveling, there’s no need for Eddie to risk being wheelchair bound for chump change. 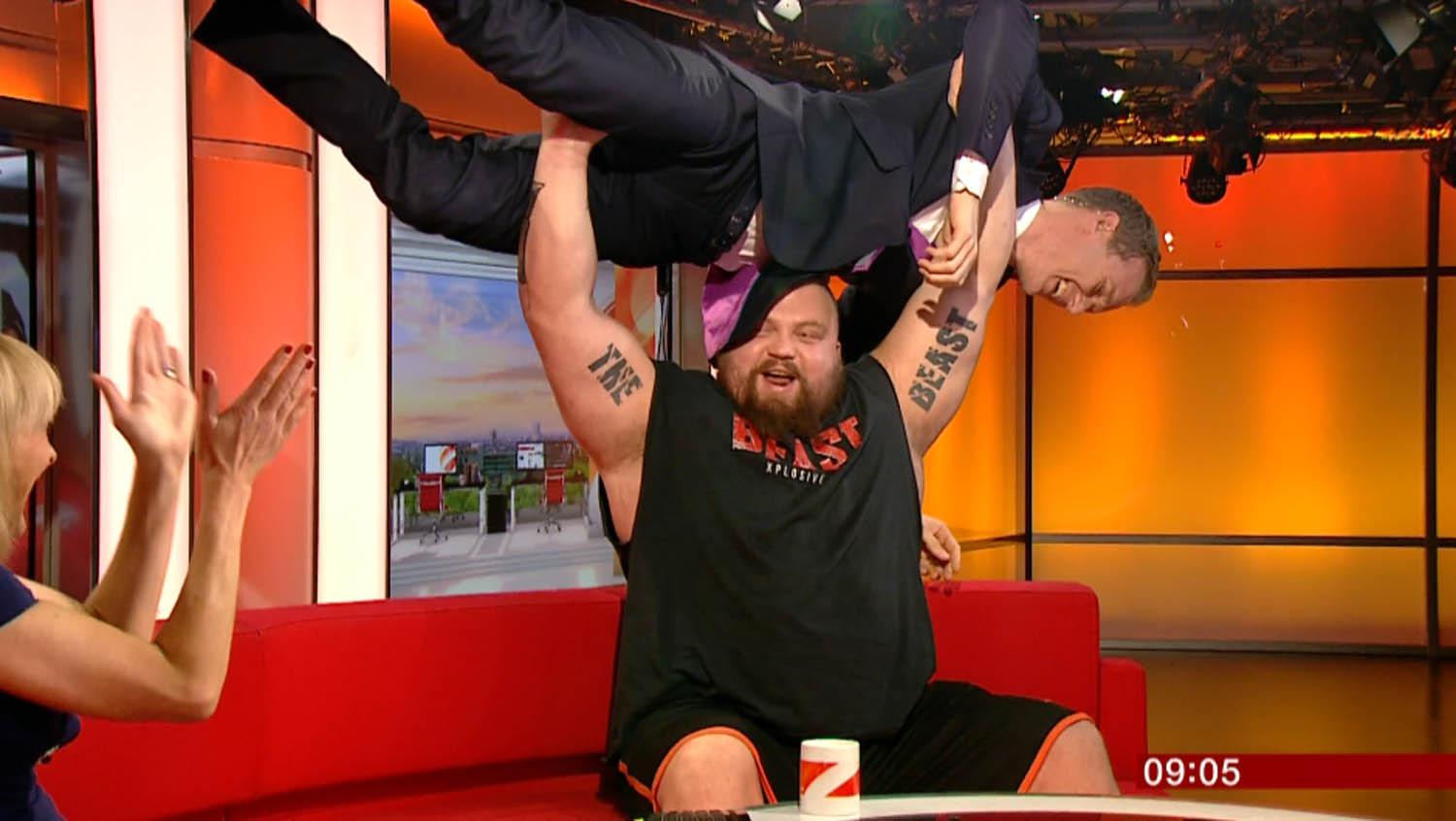 Picture this; it’s Monday Night Raw after a big PPV event and the main attraction, Brock Lesnar, strolls down to the ring. He looks smug as fuc* as Paul Heyman praises Brock’s ability to beat 5 guys in one night and how there isn’t a single man strong enough to beat him. Cue badass metal music and suddenly you see Eddie Hall calmly walks down to the ring turning Brock Lesnar’s smug look of satisfaction into a look of worry. Yep, you’ve guessed it. Eddie “The Beast” Hall has officially been contacted by the WWE for a potential wrestling contract. You shouldn’t be surprised by this move. WWE already has a few Strongman among their ranks.

Now retired WWE superstar, Mark Henry was a former powerlifter and a Strongman, legendary 3x WSM winner Bill Kazmeier competed in WCW and the current rising WWE superstar Braun Strowman is also a former American Strongman competitor. Also, back in 2016, WWE did some scouting at American Strongman Nationals. So, If Eddie decides to switch chalk filled lifting suits for a pair of spandex, he would be among people of similar interest.

Calum Von Moger Back To Training After Surgery – One Arm Workout

It Is Never “Good Enough”: Creating The Champion Mentality