2021 IFBB California Pro Preview: Who Gets An Invite To The Olympia? 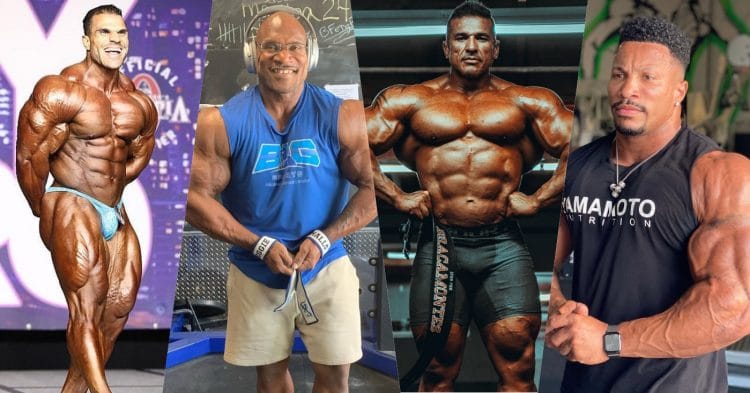 The 2021 IFBB California Pro goes down this weekend, May 29th, in Anaheim, California. Here is a breakdown of some athletes to watch in the Men’s Open Division, that likely have the best chance of punching their ticket to this year’s Mr. Olympia.

The month of May has been a busy one for the world of bodybuilding, with two contests already taking place. Now we head across the country, with the Cali Pro going down at the Anaheim Marriott.

Earlier this month, we saw Nick Walker and Justin Rodriguez earn invites to the Olympia, by winning the New York and Indy Pro, respectively.  Another athlete will punch their ticket by coming out on top this weekend.

With a variety of interesting athletes competing at the 2021 IFBB California Pro, we decided to break down the top Men’s Open competitors to watch, that may have a shot at winning the contest.

There are a total of ten athletes on the roster to compete in California, at the time of writing. That being said, there could be some serious changes for this list, before the event kicks off.

This is the competitor list for the Men’s Open Division of the Cali Pro:

Athlete Breakdowns: Who To Watch

From the moment that Patrick Moore shook up the bodybuilding world by announcing that he was competing at the 2021 IFBB California Pro, seemingly out of nowhere. He had appeared to be getting ready for a competition, given his recent social media activity and a guest posing, but this is his first contest since the 2020 edition of this event.

With a previous victory in California back in 2019, and a tenth place scoring at the 2019 Olympia and 2020 Arnold Classic on his resume, Patrick is one of the most credential athletes on the lineup so far. He has been spending time to improve his package, and add some size, so it will be interesting to see how he looks at this contest.

Standing juxtaposed to Patrick Moore, Hassan Mostafa is the other major favorite to win the Cali Pro. Fresh off of a massive third place showing at the New York Pro earlier this month, he has burst into the limelight, with fans anxious to see how he looks here.

Emerging as one of the surprise standouts of the year so far, Hassan has a lot of momentum heading into this weekend, and it will be exciting to see him and Moore face off. If he can make the necessary adjustments to his package and come in at full peak, he could easily sweep the contest.

This name may come as something of a surprise to some, but Eddie Bracamontes has the potential to be a dark horse at the 2021 IFBB California Pro. He had back to back finishes in 5th place in 2020, and he has spent the last several months working to seal up the holes in his game.

This is by no means not a proclamation that Eddie will walk away from this contest with an invite to the Olympia. Nevertheless, he has been working hard to improve and has the potential to surprise people with a positive placing.

Another active competitor, Mohammed El Emam has competed in both of the two previous events in May. With an impressive 2nd at the Indy Pro, and 5th at the New York Pro, he could very well put it all together and achieve greatness at the Cali Pro.

Mohammed is still quite young in his career and has a lot of work to do. However the competition is positioned in such a way that he has one of the better physiques on stage and could find himself at the top of the contest.

Another somewhat surprising entry onto the roster of the 2021 Cali Pro is Fred “Biggie” Smalls. Returning to competition for the first time since the 2018 Indy Pro, Fred is a long time veteran of the sport with two appearances at the Olympia.

At 45 years old, it will be interesting to see what Fred still has left to offer the sport, and how he does in Anaheim. However he certainly has the veteran savvy and solid physique to score surprisingly well at this show.

Stay tuned to Fitness Volt for updates and coverage of the 2021 IFBB California Pro.