After a strong showing at the 2021 New York Pro, Hassan Mostafa is making a quick turnaround to compete at the Cali Pro where he will compete with many including Patrick Moore 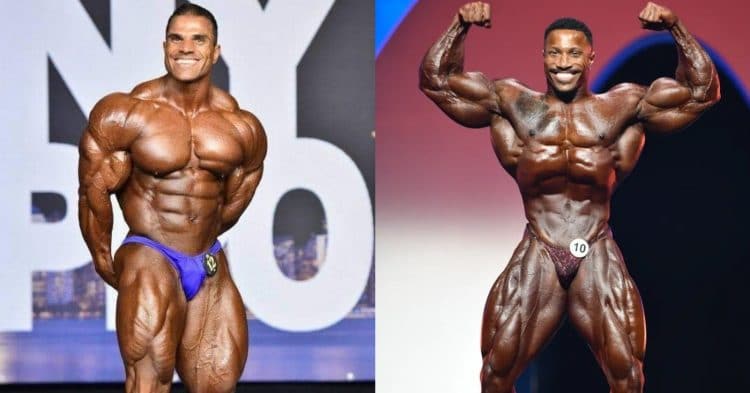 Fans were expecting good things from Hassan Mostafa at the 2021 New York Pro, and he delivered. Now he has announced his next competition, and he will be competing against Patrick Moore, among others at Cali Pro.

Going into the 2021 New York Pro, most of the attention was on Blessing Awodibu and Nick Walker. However Mostafa was earning some attention too, and he was doing it without the trash talk on social media.

In the short time that Hassan has been competing, he has made quite an impression and impact on the bodybuilding world. So when he was added to the list of competitors taking part in the New York Pro, there was intrigue to see how he would do.

Sure enough, Hassan Mostafa performed up to those expectations, scoring an impressive third place. However he is not done trying to punch his ticket to the 2021 Mr. Olympia, and has decided to make a quick turnaround to still attempt to qualify.

Speaking directly with Fitness Volt, the Egyptian bodybuilder revealed that he will be competing at the 2021 IFBB California Pro. This contest is set to take place on May 29th, 2021, in Anaheim, California.

Promoted by Tamer El-Guindy and going down at the Anaheim Marriott, the Cali Pro will feature a variety of athletes hoping to earn an invitation to the Olympia. Mostafa will be joining this roster, which comes shortly after news broke that Blessing Awodibu would no longer be competing at the contest.

However Hassan is not the only short notice addition to the list of athletes competing at this massive contest. Posting to Instagram, Patrick Moore also revealed that he will be taking part in this event, competing for the first time in 2021.

“Trust, It’s all fun and games until I wanna play too #12days 🐺” Moore wrote.

At the time of writing, there is no official roster that has been announced for the 2021 IFBB California Pro, likely because it is still unfolding. However we now know that Hassan Mostafa and Patrick Moore will be competing, while Blessing Awodibu will be sitting the contest out.

Aside from the Men’s Open Division, this contest will also feature Men’s Physique, Classic Physique, Bikini, Figure, Wellness, and Women’s Physique competitions. The winners of each division will get an invite to the Olympia, and others will earn points towards qualifying later in the year.

Full-Body Vs. Split Workouts: How to Choose