The athlete lineup for the 2021 Dubai CrossFit Championship has been revealed, and it features some big names 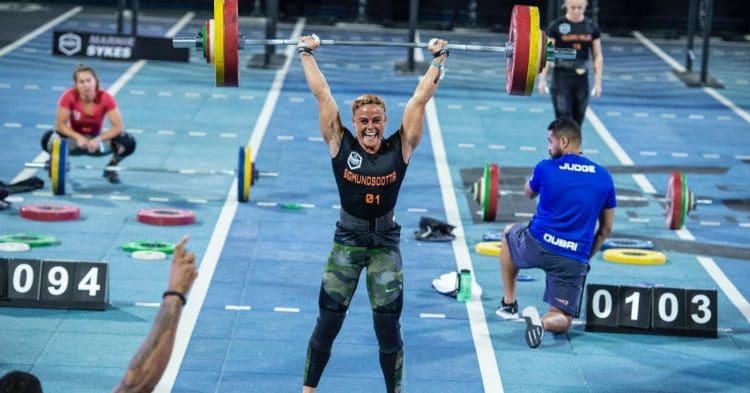 The 2021 Dubai CrossFit Championship goes down December 16th-18th, in Dubai UAE. About a month out from the competition, the roster has been revealed, and it features some big names.

Aside from the Games themselves, the Dubai CrossFit Championship is one of the biggest annual events in the sport. Unfortunately the 2020 edition of the contest was canceled due to the global pandemic, but it returns this year with a competition that will span across the course of three days.

The first day of the competition will take place in a location that has yet to be determined, while the remaining two days will go down at the Dubai Duty-Free Tennis Stadium. There will be a total of $333,000 in prize money up for grabs at this event, with $249,000 of that being award through the finals, and the remaining $84,000 being given to the winners of individual events.

The 2021 Dubai CrossFit Championship features the smallest roster of athletes ever seen for the event, with just twenty men and twenty women competing. Nevertheless, this is shaping up to be one of the most exciting CrossFit competition of the year, because that small roster is made up of some big names.

The women’s side of the contest sees the likes of Kristin Holte, who scored fourth at the CrossFit Games earlier this year, as well as Haley Adams who placed fifth just behind her. It also sees the return of fan favorite Sara Sigmundsdottir, who was sidelined for the majority of the year due to an ACL tear.

She is not the only athlete making a comeback at the Dubai CrossFit Championship, as Ricky Garard makes his return following a four year suspension for doping. He will be facing the likes of Jeffrey Adler, Willy Georges, and more, in his return to action.

Good luck to all of the men and women who will be competing in Dubai next month. Stay tuned to Fitness Volt for more updates and coverage for the 2021 CrossFit Dubai Championship.