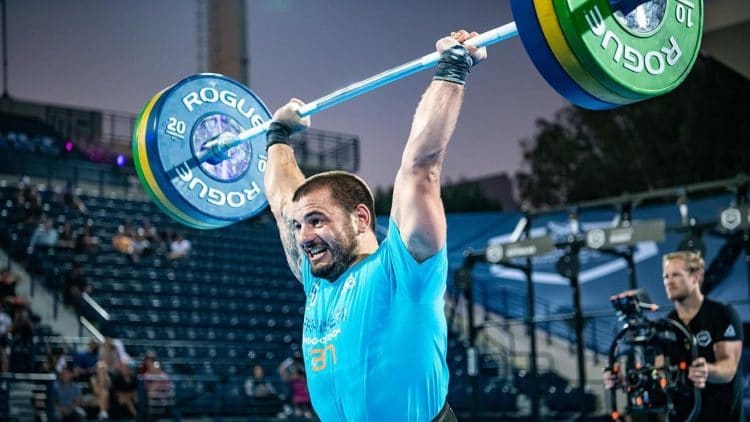 Mat Fraser won Events 7, 8 and 9 adding 300 points to his already established lead. Going into the final event, he had 835 points, a massive 102 point lead over BK Gudmundsson in second.
The American went on to win Event 10, earning himself a further 100 points; finishing the competition with a total of 935 points.

Fraser was fully deserving of the title, after winning seven of the ten events across the competition. This Championship win ensures his place in the CrossFit Games, where he hopes he can win his fourth straight title.

Speaking after his win, Fraser said:

“It’s a big relief to know that this is out of the way and I can focus on what I want to focus on now.”

“I’ll train with Tia up until Wodapalooza and then hopefully get some traveling in and have some fun with family.”

The final standings in the men’s leader-board:

The women’s section, however, was a lot tighter, with Samantha Briggs seizing her moment in the final event to beat Jamie Greene, Karin Frey, and Sara Sigmundsdottir.

The final event was a winner-take-all finale with just seven points separating the women heading into Event 10.

Speaking after the final result, an emotional Briggs said:

“Missing out on Regional’s and being able to go to the Games last year as an individual, I couldn’t have asked for anything better than to do the first sanctioned event, and I’m going to the Games!”