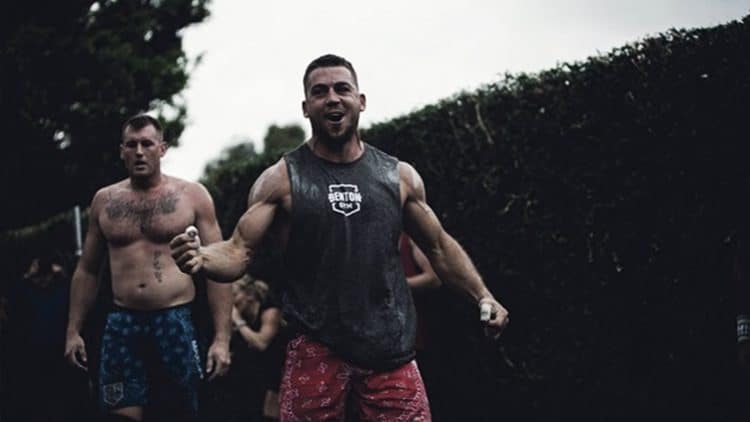 Australian CrossFit athlete Ricky Garard is set to make his comeback at Dubai CrossFit Championship 2021 in December after four long years. After finishing third in CrossFit games 2017, Garard tested positive for banned substances Testolone and Endurobol and received a standard four-year suspension which will end on October 3.

During his appearance on The CrossFit Games podcast, Garard admitted when host Chase Ingraham asked if he used PEDs on purpose.

CrossFit Games Director Dave Castro posted the clip of this interaction on his Instagram page. Garard answered every question related to his PED history with brutal honesty and here are Ingraham’s specific questions and Garard’s answers, courtesy of Dave Castro’s Instagram account:

Ingraham: Did you take them at the 2017 CrossFit Regionals to qualify for the CrossFit Games?

Ingraham: Have you taken them prior to your CrossFit career, back in your rugby days?*

Ingraham: Have you taken them since you tested positive on Oct. 3, 2017, when your ban started?

Ricky Garard’s admission received a mixed response on the internet. A lot of people questioned the amount of publicity and attention to Garard. However, the CrossFit community praised the Australian for showing the heart to admit to his wrongdoing.

Ricky Garard’s Career At A Glance

Ricky Garard was a fullback for the Canberra Raiders in the National Rugby League for two years before making a full-time transition to CrossFit. Garard has competed six times in CrossFit Open. His best standing came in 2017 when he finished 23rd overall and 1st in Australia. CrossFit Games stripped Garard of his CrossFit Games 2017 Bronze medal and prize money after he tested positive for Testolone and Endurobol.

The positive drug test instantly turned Ricky Garard into a high-profile villain in the CrossFit community. Garard became the first-ever podium finisher to test positive for banned substances in CrossFit history. He also received a lot of hate for robbing fan favorite Patrick Velner of the opportunity to earn a podium finish. Velner finished fourth overall in CrossFit Games 2017 and the pair have had a back-and-forth on this issue over the last few years.

Ricky Garard lost four years of his prime due to the wrong decisions he made. However, at 27 years old, he still has time on his side to prove his worth.

Returning Against The Best CrossFit Athletes At DCC 2021

DCC follows the invite-only format. As of September 30, Garard is one of the 17 athletes that are confirmed to participate in DCC.

Icelandic powerhouse and 2019 DCC winner Sara Sigmundsdottir, 2013 CrossFit Games winner Samantha Briggs along with the likes of Willy Georges, Guilherme Malheiros, and Laura Hovrath are some big names that Ricky Garard will have to compete against in order to make a statement in his comeback.