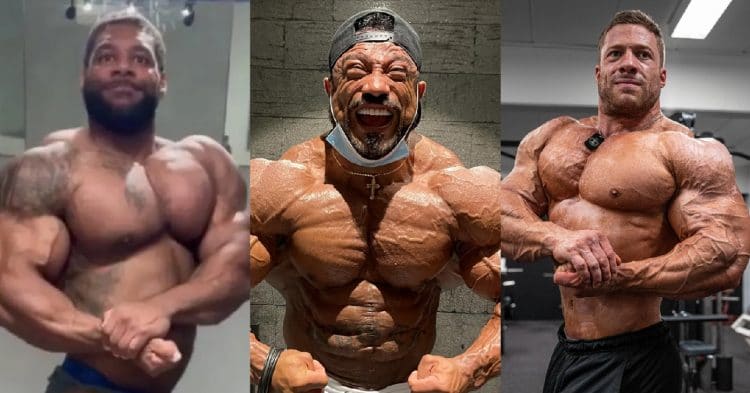 The 2021 IFBB Europa Pro takes place August 16th, in Alicante, Spain. This is a complete guide to watching this contest online, as well as some top bodybuilders to watch, and more.

A long time favorite of European bodybuilding fans and athletes alike, the Europa Pro show is the biggest Olympia qualifier to happen in Europe. Going down in Spain, this allows for a wide array of international athletes to compete, and try to earn their invitation to the 2021 Mr. Olympia.

On top of that, the stakes for this show are unlike any other, as it is not just the winners of each division that receive invitations to the Olympia. For all nine of the divisions that are a part of the show, the top two finishers in each category will be granted access to the biggest show in the sport.

With so much at stake in the 2021 IFBB Europa Pro show, fans from around the world are interested in seeing how this competition unfolds. Luckily for you, you do not have to get your passports or an expensive airline ticket to see the action unfold in Spain.

A live stream pay-per-view of the competition will be available for purchase on the website linked here. This is where you can pay $19.99 to have access to the prejudging and finals for all divisions taking place on Sunday.

Of course, if this does not suit you, You can always come back to Fitness Volt for coverage and the results of the Europa Pro.

Roelly Winklaar competed for the first time in almost 2 years when he came in fifth place at the Chicago Pro. While that was not the result he was looking for, he initially planned on competing the following weekend in Tampa, But instead opted to take a little more time and compete at the Europa Pro instead.

Coming into this contest, Roelly seems to be showing some pretty decent improvements in his physique, compared to how he looked at Chicago. Ultimately time will tell if this is enough for him to get the victory, but either way he has double the chance of getting an invite to the 2021 Mr Olympia, which is ultimately the end goal.

It seems like it has been ages since Nathan De Asha was last on a bodybuilding stage. The Englishman has been dealing with some legal issues, related to steroid distribution charges, as well as trouble with local law enforcement regarding his gym and mandates in the area.

With so many issues happening in his life, it is going to be interesting to see how Nathan looks when he finally steps on stage again at the Europa Crow. That being said, even if he looks the exact same as he did when we last saw him, which is unlikely considering he has been working hard to improve, he will still be a tough out for anybody else competing in this lineup.

Something of a dark horse pick, Tim Budesheim is going into the 2021 IFBB Europa Pro on the back of one of the biggest performances of his young career, scoring second at the Mr. Big Evolution Pro in July. This was the second runner-up performance of his career, and if he can make it a third this weekend, he will earn that invitation to his first ever Olympia.

Tim is only a few years into his pro career, but after taking a break in 2020 to work on his physique, he seems to be bringing a better package than ever before. After such a strong start for the year, time will tell if he is able to put it all together on the stage in Spain.

Stay tuned to Fitness Volt for updates and coverage of the 2021 IFBB Europa Pro.